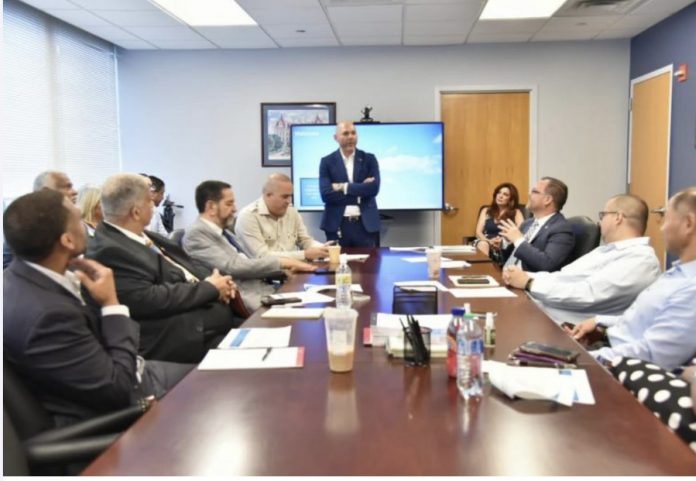 As part of the preparations for the visit of a delegation of senators from the State of New York to the Dominican Republic, Senator Victoria Yeb from the province of María Trinidad Sánchez, for the Modern Revolutionary Party (PRM), held a meeting with her counterparts of New York, in the offices of this institution in Manhattan.

Victoria Yeb has been the liaison and ambassador for the visit of the US delegation to the country, which took place this August.

The meeting was held within the framework of the collaboration agreement signed by the leader of the Democratic majority representative of the State of New York, Andrea Stewart-Cousins ​​​​and the president of the Senate of the Dominican Republic Eduardo Estrella.

The agreement has been proposed and brokered by New York State Senator Luis Sepúlveda, who called the meeting for high-ranking government officials of that State to disclose more details of the visit to the Dominican Republic.

It transpired that the group will be received in the Senate for a familiarization visit and exchange of experiences to later be received by the president of the Dominican Republic, Luis Abinader, as well as the mayor of the National District and the Minister of Tourism, Carolina Mejía and David Collado, respectively.

Senator Luis Sepúlveda said, through his Director of Communications, Rusking Pimentel, that this agreement is historic and that it is the only one of its kind, since it begins with a series of meetings like this one to exchange ideas and experiences with the highest degree of respect and cordiality between both peoples.

The president of the Bronx County, Vanessa Gibson, and the Dominican consul, Eligio Jáquez, among others, were also present.