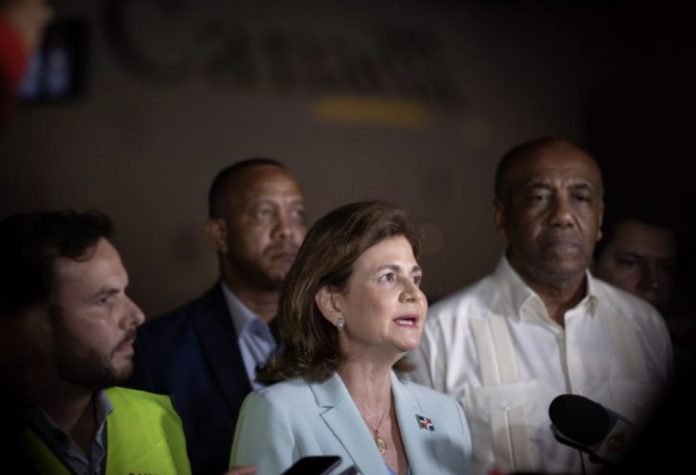 After this Sunday of the teams and technical personnel, coming from Canada to rescue the two miners trapped in Maimón, the Vice President of the Republic, Raquel Peña, is sure that these workers could be rescued before Tuesday, since the devices are capable of tuning up to two meters per hour.

Peña thanked the Government of Canada for the quick response to the request made by the Dominican Republic to save the lives of Dominican Gregores Alexander Méndez and Colombian Carlos Yépez Ospina, who have been trapped since last Sunday.

For his part, the Minister of Energy and Mines, Antonio Almonte, stated that the equipment will be transferred to Maimón on Sunday night, to be prepared on Monday by technical personnel who also came from Canada to operate them.

Among the equipment that arrived in the country tonight was a Cubex Model 6200 drill, weighing more than 25,000 pounds with its mast, and an R-110 Cubex Booster.

Also reinforcement of 8,500-pound equipment, tool boxes, rod racks, transformers and diverse material make up the rest of the equipment for this type of operation.

The Dominican ambassador to Canada accompanied the crew and technical staff to the Dominican Republic, being received by Vice President Raquel Peña; the Minister of Energy and Mines, Antonio Almonte and a delegation from the Ministry of Foreign Affairs, headed by Vice Minister Jatzel Román.

Last Thursday, President Luis Abinader visited the Cerro Maimón mine, where two miners were trapped with whom he spoke on the radio and sent messages of faith and hope and asked them to remain calm.