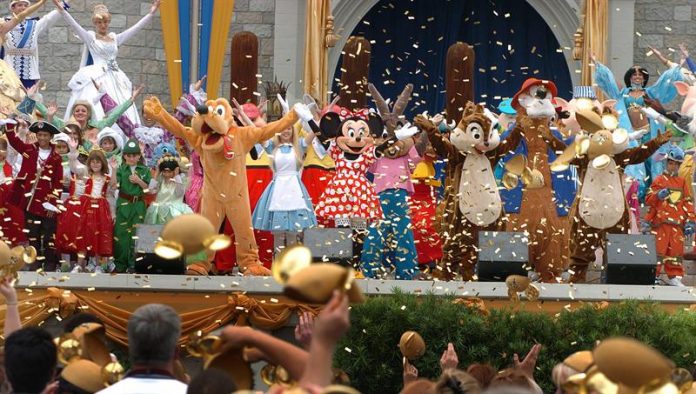 After a recreational trip to Disneyland, in California, the “place where dreams come true”, a family that carried a message on their shirts asking for a kidney donor received a flood of messages of support from across the country that has sown hope to Lawrence “Larry” Ballou, the needy.

After requesting donors through Instagram and other internet sites, the opportunity came for a few days of rest with the trip to Disneyland, and there the idea of ​​asking for help from visitors to one of the busiest places on the planet was exposed.

The message had a much greater effect than expected. During his stay at the Disney park, many people approached “Larry” and asked him to take pictures of his message, which some later placed on social networks.

The issue went viral and has generated countless contacts and calls from people offering as donors.

The idea came from the patient’s sister-in-law, according to Efe Lindsey Ballou, wife of “Larry”. Traci Aycock suggested that they take the labeled T-shirts to the promenade.

Thus, other members of the family joined the initiative to carry the message on their backs and, a total of ten, made the trip from the town of Manteca, where this family lives east of San Francisco, to Anaheim, southeast from Los Angeles, where Disneyland Park is located.

“The response from the people has been admirable and exciting,” Lindsey said. “Messages and photos have been multiplied throughout the state and in other parts of the country, God is great!” Added the woman.

For his part, Ballou also hopes with this unusual campaign to get a kidney donor for the second time.

“All I want is to have a normal life again and be able to share time and activities with my daughters,” Ballou told Efe.

In 1998, “Larry” was diagnosed with kidney disease and in 2001 his father donated one of his kidneys.

With the transplant, the Californian could have a normal life until the summer of this year, when the organ began to fail.

“It was very hard when we found out that he needed a transplant again,” said the wife.

“We are very grateful for the response from the people and the media, and very hopeful to find a compatible donor,” he said.

Surprisingly, the story of Ballou is not the first of its kind to be presented in Disney parks, whose spokesmen responded to Efe that reserved the comments for being a private story of a family.

In August of 2017, while visiting Walt Disney World Resort, in Orlando, Florida, Robert Leibowitz, 60 years old and residing in New Jersey, printed a similar message on his shirt in search of a kidney donor.

A couple of Hispanics, Rocío and Juan Sandoval, asked for permission to take a picture of their message and put it on Facebook. In the first week after it was published, the photo was shared about 90,000 times.

Richie Sully, 39, of Fort Wayne, Indiana, and father of two children, saw the message and made the decision to be the donor for Leibowitz.

The transplant was successfully performed in January of this year in New York.
According to data from the National Transplant Foundation, in 2017, of 114,927 patients on the waiting list for a donation, 95% needed a kidney or liver transplant.

In that same year, 650,000 Americans faced the final stage of kidney disease and 468,000 people had to undergo dialysis.

Annually, only about 6,000 people in the US they are registered as living kidney donors, according to the Organ Transplants and Recruitment Network.

For African Americans, like Larry, the situation is even more worrisome.

With the contacts made and the support of the media and social networks, the Ballou family hopes that by the end of the year the happy news that transplantation is a reality can be confirmed.