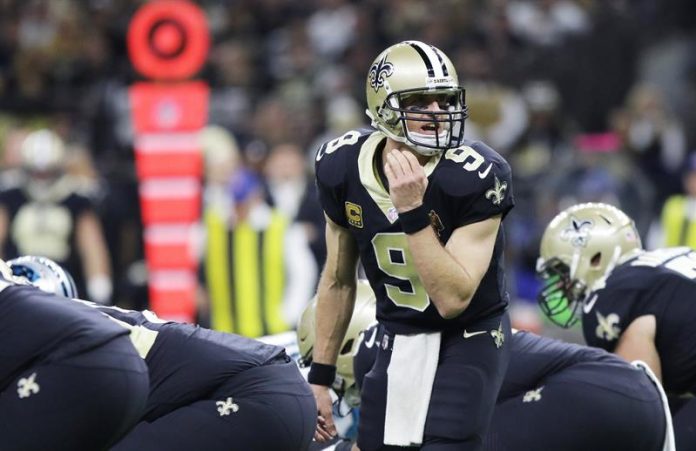 The winning run of the Kansas City Chiefs, Dolphins of Miami and Rams of Los Angeles, remained in Week 3 of the National Football League (NFL) and with their wins remain unbeaten at the start of the new season.

In addition the day also left the new mark of veteran quarterback Drew Brees with the Saints of New Orleans and the second consecutive defeat suffered by the New England Patriots.

Young field marshal Patrick Mahomes was once again the perfect leader in the attack by the Chiefs who beat the San Francisco 49ers 38-27.

After winning his first three starts, all outside Arrowhead Stadium, the second-year player finally made his regular season debut at home this Sunday, and did not disappoint.

Mahomes beat the 49ers defense at all times by winning 314 yards on his offensive and three touchdowns.

Peyton Manning pitched 12 to start the 2013 campaign.
Mahomes’ touchdown passes to Chris Conley, Demetrius Harris and Sammy Watkins, along with a pair of scoring carries by Kareem Hunt, helped Kansas City (3-0) to take a 35-7 lead in the first half and leave the party sentenced.

Another quarterback, Ryan Tannehill, also shone with the Dolphins offense by taking three touchdowns and the Miami team defeated the Oakland Raiders 28-20 to have a perfect 3-0 record at the start of the season.
The same as the Rams (3-0) thanks to quarterback Jared Goff who completed 29 of 36 passes for 354 yards with three touchdowns.

But if there was a star passer in the day it was veteran quarterback Drew Brees today overcame Brett Favre’s mark of more completed passes in NFL history during the game his team from the New Orleans Saints won in time. extra 37-43 to the Atlanta Falcons.

Brees, 39, a native of Austin, Texas, overcame Favre’s record of 6,301 completed passes by giving a 17-yard touchdown to wide receiver Michael Thomas when playing the second game of the Saints-Falcons game. Mercedes-Benz Stadium of Atlanta.

The next goal of Brees will be to overcome the mark of yards won by air, which is in the hands of the legendary Peyton Manning with 71,940, for which he needs to achieve 700 more, which he hopes to have by the end of Week 5 of competition.

Brees is no stranger to making history, given that he broke the legendary Johnny Unitas’ mark with a touchdown pass in 54 consecutive games from 2009-2012.

So far this season the percentage of completion of passes is above 80 percent and Brees believes that this is due to a mixture of confidence, know the teammates who pass the ball, experience and their own vision of the game .

The big surprise of the day was the Patriots (1-2) who lost for the second consecutive day to fall defeated visitors (26-10) against the Detroit Lions.

The Lions (1-2) suddenly looked like a team with an offensive and defensive plan under their first-year head coach and ex-New England coach.

They started the campaign with a 31-point loss to the New York Jets at home and fell short in their comeback attempt against the 49ers.

The Patriots (1-2) have had their weaknesses exposed on both sides of the ball, losing two of their first three games for the first time since 2012.

In other results of the day, the New York Giants beat at home 22-27 to the Houston Texans, in a duel of teams that came to the game without knowing the victory.

The Carolina Panthers ended up being superior to the Cincinnati Bengals that they beat by 31-21, while the Buffalo Bills surprised with a home win (6-27) against the Minnesota Vikings.

The Baltimore Ravens regained their defensive power and returned to winning ways after prevailing 27-14 to the Denver Broncos.

This time the Super Bowl champions, the Philadelphia Eagles finally found their way to victory, the first so far this season, by winning 20-16 to the Indianapolis Cols.

The Washington Redskins with two touchdowns by veteran running back Adrian Peterson, who made 19 carries and 120 yards won on the ground, clearly won by 31-17 to the Green Bay Packers, who lost again to injury to the quarterback Aaron Rodgers.

The Tennessee Titans, in a full defensive dominance match, won the Jacksonville Jaguars 6-9 at home, while the Chicago Bears, also visitors, won 14-16 over the Arizona Cardinals.

The Seattle Seahawks were victorious this season with a 24-13 win over the Dallas Cowboys, who again showed a great inconsistency in the offensive game.

This time the Super Bowl champions, the Philadelphia Eagles finally found their way to victory, the first so far in the