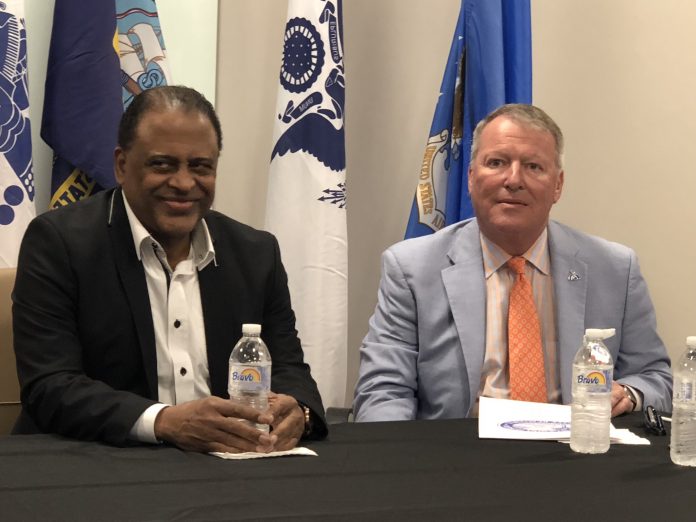 The Government of the city of Orlando, in central Florida, declared on Thursday the Day of Wilfrido Vargas in honor of the half-century career of the renowned musician and conductor of the Dominican Republic.

During a ceremony at the municipal headquarters, the mayor of the city, Buddy Dyer, presented the proclamation and highlighted the trajectory of the Hispanic, who said he has left “an indelible mark on international artistic and cultural work and in our Latino community” .

The so-called “King of merengue” was thrilled after receiving the recognition, which comes also shortly before the Latin Recording Academy will deliver on November 13 a Latin Grammy for Musical Excellence.

“You work hard all your life to get these things, sometimes they are not achieved, so I feel more than fortunate, happy, grateful to life, to the Hispanic community in Orlando and to the people who made this a reality. “said Vargas, who today will offer his first concert in Orlando in more than twenty years.

The Dominican, born in the town of Altamira, in the province of Puerto Plata, has been designated as the impeller of merengue, the traditional rhythm of the Caribbean island in which African and European rhythms merge and which has been considered by Unesco as World Heritage.

Among its most emblematic themes are “El Barbarazo”, “El Loco y la Luna” and “El Africano”.

On the other hand, the distinguished announcer Franchy Nuñez was also recognized for his 20 years of career in the radio of Orlando.