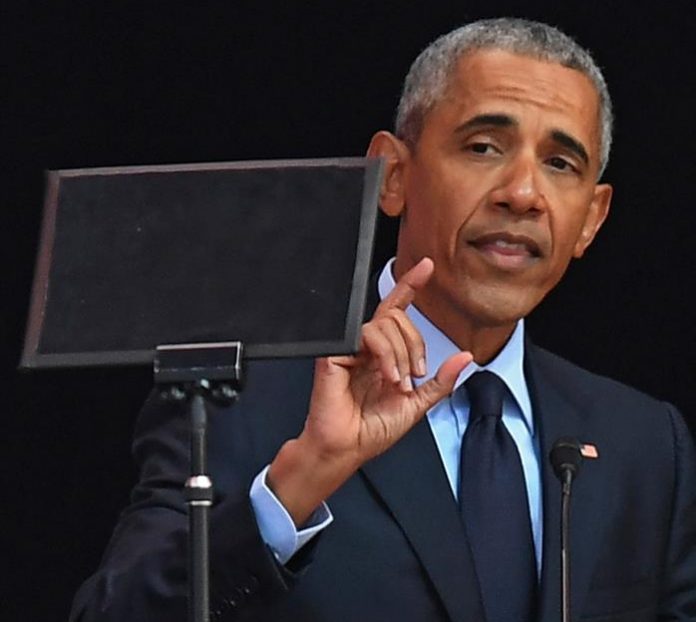 Former President Barack Obama (2009-2017) will make a plea today in Chicago against the “growing virus of authoritarian policies” and will ask Americans to vote in the November legislative elections, his spokesman, Katie Hill, said in a statement.

Obama will receive at the University of Illinois the Paul H. Douglas Prize, an award that the center awards annually to figures who have done an excellent public service.

“It will echo their rejection of the growing virus of authoritarian politics,” Hill said in a statement in late August, when the university announced it would recognize Obama.

During his speech, the former president will outline his strategy for the November elections and, specifically, will try to convince Americans that “they can not fall victim to their own apathy by rejecting the maximum demand they have as citizens,” that is, ” vote, “detailed Hill.

The speech, which will begin at 11.00 local time (16.00 GMT), has aroused great excitement among the students, who had to participate in a lottery of tickets to attend.

According to the local newspaper The News-Gazette, 22,611 students registered for the draw, a figure 17 times greater than the number of seats available in the auditorium where the ceremony will be held, with a capacity for 1,300 people.

After his speech in Chicago, Obama will participate in the campaign events of some Democrats: this Saturday he will speak at a rally in California with candidates for the House of Representatives and next Thursday he will support the Democratic candidate for the governorship of Ohio in another event, Richard Cordray.

Since Trump came to the White House in January 2017, Obama has remained in the background and has only broken his silence at key moments, when his successor canceled some of his policies.

Obama, for example, described as a “serious mistake” the withdrawal of the nuclear agreement with Iran, said that the exit from the Paris Agreement placed the United States. in “the small handful of countries that reject the future” and also considered “cruel” the end of the DACA program, which protected 800,000 undocumented youth from deportation.

In addition, the exmandatario has made several public appearances in recent months, such as his recent intervention at the funeral of the late Senator John McCain and the speech he delivered at a stadium in Johannesburg in July during the commemoration of the centenary of the birth of Nelson Mandela.

Then, Obama asked to remember the vision of Mandela, icon in the fight against “apartheid”, in front of the “cynicism” and the growing “politics of fear” that attack democracy.