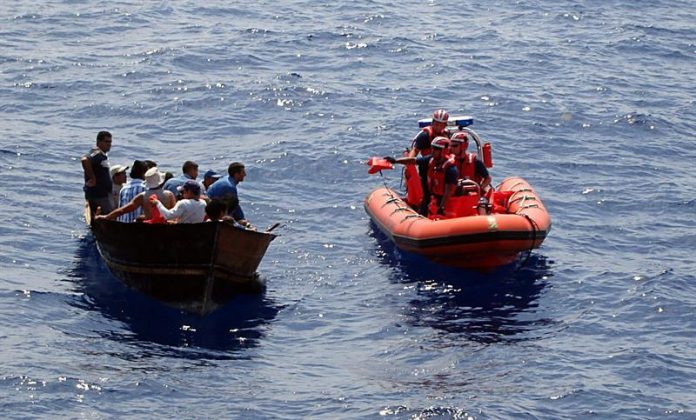 The Coast Guard repatriated 21 Cubans who were intercepted in a precarious boat in waters near the coastal town of Mariel (Cuba), informed this federal institution today.

It was the Cuban Border Guard that alerted the US Coast Guard of the presence of the group of rafters, who were intercepted and picked up by the vessel “Raymond Evans”, where the twenty men and one woman received “food, water and medical attention”, the Coast Guard said in a statement.

“This type of illegal trips on precarious boats from Cuba to the United States is very dangerous,” said Jason Ryan, captain of the Coast Guard Seventh District, who recalled the “risky conditions” that these trips entail in “overloaded vessels.”

“This risk is simply not worth running,” Ryan said.
Since the first of October, 331 Cubans have tried to emigrate to the United States by sea, compared to the 1,989 recorded throughout the last fiscal year of 2017.

These statistics represent the total number of interceptions in the Straits of Florida, the Caribbean and Atlantic waters, “explained the institution.

Since President Barack Obama in January 2017 abolished the policy of “dry feet / wet feet”, which sheltered since 1995 the Cubans who managed to set foot in the US, the arrival of the so-called “rafters” has drastically decreased .