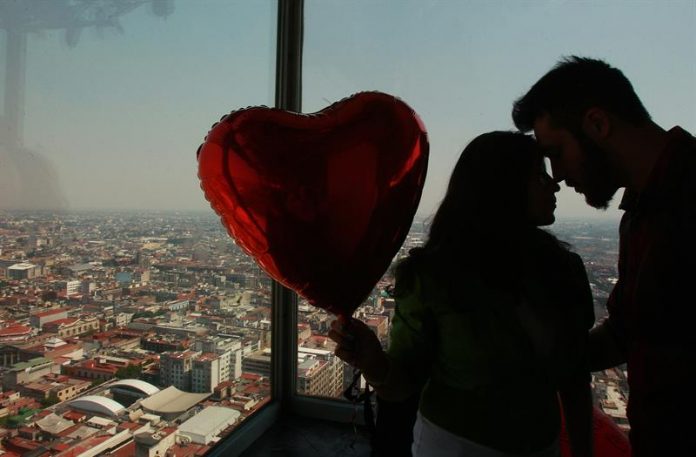 Self-deception, a common stage in romantic love is common, can generate unjustified beliefs in people, psychologically intense or disturbing states that make them lose their rational or cognitive dimension, said a specialist today.

Dr. José Antonio Díez Calzada, a professor at the University of Barcelona, ​​Spain, explained that when he is in love, his own actions appear in certain conditions, in the Love and self-deception conference given at the Autonomous Metropolitan University (UAM).

He stressed that there are several isolated mechanisms of self-deception that occur during falling in love.

“The ‘wishful thinking’, which is when you believe in something because it is desired, and the ‘wishful seeing’, when you see someone with certain characteristics by their own decision and not because that is the case,” he said.

The specialist also explained that there is the rationalization, which is when you have an idea about something, but the reasons are not decent and then justified with other attributions, or when something is unattainable and instead of accepting the frustration is argued that it is undesirable.

There is also the belief of the worst explanation, which consists of an unjustified argument for convenience or a mechanism of self-compensation to an unrequited and anomalous love, when you want someone because you no longer have.

Díez Calzada argued that these mechanisms “are used to analyze situations or collective imaginary of romantic love in Western culture.”
Finally, he pointed out that when love is over, self-deception also appears and that is when more unjustified beliefs sprout.

He explained that this self-deception occurs in three moments: one is the so-called Concord fallacy, which is when one is so emotionally involved that it is believed that by putting more effort it is possible to maintain the situation.

The second is a variety that occurs when the indifference has not been consummated and creates confusion and the third is the lack of love consummated, at which time there is the certainty that love ended but there is no acceptance, he concluded.