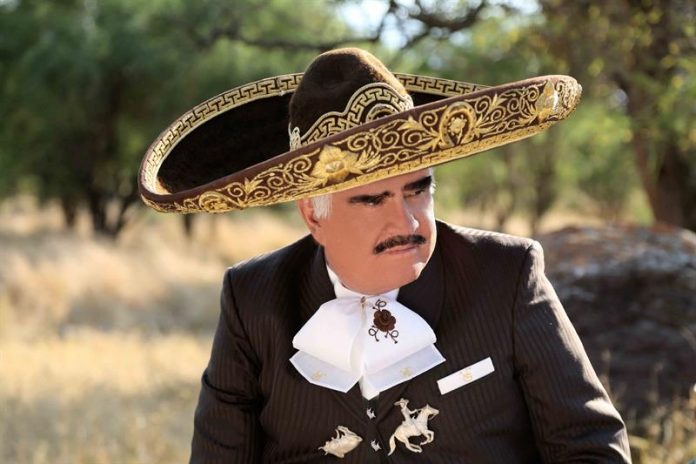 Mexican singer Vicente Fernández today released the album “Más romántico que nunca”, his first record since he retired from the stage in 2016.

In this new album, the idol of the ranchera song includes twelve songs – nine boleros and three rancheras – that are headed by “In jail of your good bye”, his first single, Sony Music said in a statement.

“Chacha linda”, “Ojos tristes”, “Rayito de sol” or “Poquita fe” are some of the songs included in this record production, in which musicians like Los Macorinos have participated, who accompanied Chavela Vargas for years.

According to Sony Music, although the artist is far from the stage, he does not forget his followers and has material for “at least 20 more recordings.”

“I have more than 100 albums on the market and I have recorded more than 300 songs that have not been released yet, my vice is singing”, he has come to recognize the same “Charro de Huentitán”.

The album also includes some of the latest work of his friend and music director Pedro Ramírez, recently deceased.

The production goes on sale in physical format (in which the disc comes with a DVD) and on all digital platforms.

In April 2016, Fernández, affectionately known as “Chente”, said goodbye to the stage with a big concert at the Estadio Azteca in Mexico City, in which he repeated to his audience his famous phrase: “As long as you do not stop applauding I do not stop singing. “

Vicente Fernández has behind him a career of more than 50 years with which he has sold more than 70 million records, made more than 25 films, won 8 Latin Grammy and 3 Grammy.