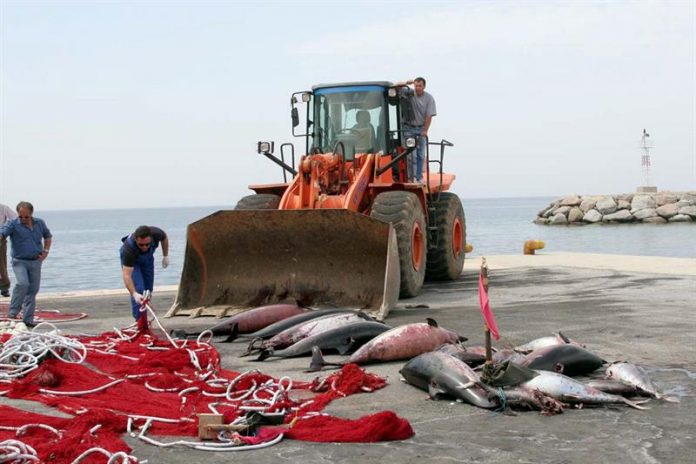 Nine bottlenose dolphins were found dead on the coasts of Sarasota, apparently due to the red tide, as is known the contamination by a toxic microalgae, informed today the Marine Laboratory and MOTE Aquarium of that city of Florida.

The environmental authorities informed that it will take weeks to confirm whether the deaths of the dolphins, found in the last two days on the same beaches where a dead sea turtle was found, are due to the red tide.

“Without any other evidence of why he died (the turtle), the exposure to the red tide is suspect,” experts from MOTE, in charge of the autopsies, said on Facebook.

Thousands of fish and eels have appeared dead in recent weeks on the beaches of the southwest coast of the Florida peninsula, a phenomenon that occurs almost annually on these coasts of the Gulf of Mexico, but that had never reached the current gravity.

The Florida Fish and Wildlife Conservation Commission (FWC) called on people not to remove dead dolphins or specimens of sawfish, sea turtles, manatees or whales from the coasts and leave those tasks to the experts.

The Florida government decreed extraordinary measures this week in seven southwestern counties to accelerate the collection of thousands of fish killed by the red tide.

Eric Sutton, director of the FWC, relaxed by an executive order the standards for the removal of fish in the counties of Sarasota, Collier, Lee, Charlotte, Manatee, Hillsborough and Pinellas, the most affected.

Thousands of fish, hundreds of turtles and even some manatees have appeared dead on these beaches considered among the best in the world for the quality of its white sands and its blue sea.

The state environmental agency said that in the case of injured specimens of this marine fauna more than 30 marine biologists are available to attend these emergencies.