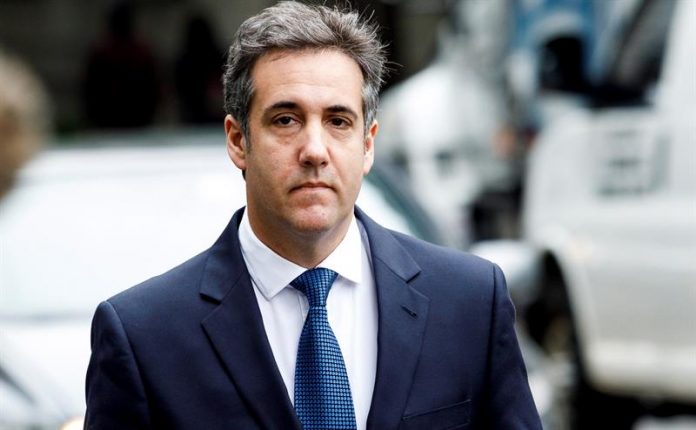 Michael Cohen, a lawyer for US President Donald Trump, allegedly recorded a conversation before the election in which both spoke about payments to a former Playboy ex-model who claimed to have had an affair with the tycoon, according to the newspaper. The New York Times.

The newspaper cites lawyers and other sources familiar with the recording, seized by the FBI during a search of Cohen’s office, to whom it is investigating for its involvement in payments to women with the aim of silencing potentially damaging news for Trump before the elections. of 2016.

According to the newspaper, the agents also obtained documents linked to two other women, one of them Karen McDougal, a Playboy ex-model who claimed to have had a one-year romance with Trump in 2006 and was identified this Friday. like the woman in the recording.

McDougal saw the opportunity to sell his story and opted to give an interview for $ 150,000 to the National Enquirer tabloid, whose chief executive, David J. Pecker, is friends with Trump and chose not to publish any information.

Trump’s personal lawyer, Rudolph Giuliani, confirmed to the NYT on Friday that the president speaks in the recording – of less than two minutes – with Cohen about the payment to the woman, but clarified that the transfer was not made, so the document is “a powerful exculpatory test”.

“Nothing in that conversation suggests that (Trump) had any knowledge in advance about it,” Giuliani said, adding that the tycoon told Cohen that if he had to make a payment he would document it on a check, instead of resorting to money in cash.