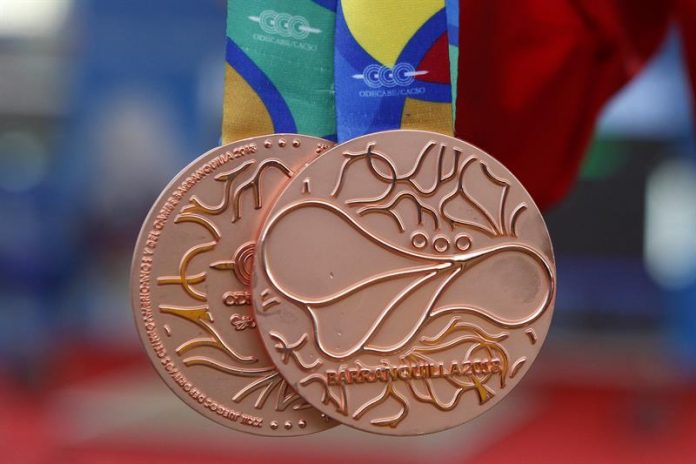 The 3,220 medals that are awarded today in the XXIII Central American and Caribbean Games and that thrill the 5,339 athletes who want to see them in their neck were made in Colombia by a company that has spent four decades in this work with the Olympic Committee of the country.

The medals bear the logo of the Games, on one side, while on the other, there are images of Barranquilla.

They were made in imported zamak, a material that, according to the organization, is a material friendly to the environment.

The ribbon that accompanies them and rests on the neck of the winners is blue, double silk and is two and a half centimeters wide.

These medals lack bath gold, silver and bronze, although that is their name. However, the tone or color of said metals is due to electrolytic baths.

Its design was the work of the Organizing Committee of the Games (Cobar) with the approval of the Odecabe.

All the competitors will also take away, apart from the affection of the Barranquilleros, some coins with the images of the games on the one hand and with that of Baqui, symbol of the event, on the other.

And while this Friday several athletes from different countries already show off and display their medals with pride, the rest of the participants dream and sigh with them. They have fourteen days of competition to reach them.