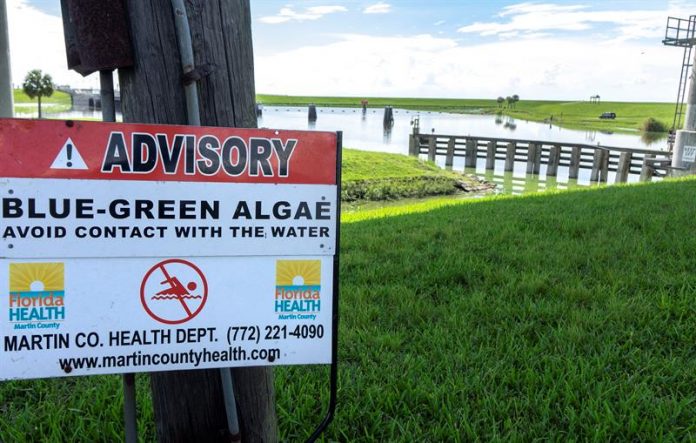 The Army Corps of Engineers (USACE) has resumed controlled discharges of Lake Okeechobee into Florida’s rivers and estuaries to avoid overflowing despite criticism of the flooding of toxic gases generated by its contaminated water.

From now on, the following continuous days of drainage of about 3,000 cubic feet per second are scheduled, said the Jacksonville District of USACE, in northern Florida.

Eric Eikenberg, president of the Everglades Foundation, critical in his Twitter account that downloads are the only option posed by the federal states.

The environmentalist is in favor of storing water from the lake in its southern part, like an estuary, which also returns the natural flow of fresh water, from the Okeechobee to the south of the state, which has been interrupted by infrastructure works and population growth The last decades.

This week the governor of Florida, Rick Scott, decreed the “emergency” in seven counties along the Caloosahatchee and St. Lucie rivers, which between them cross east and west.

The waters of the Okeechobee, the seventh largest lake in the country, help the flowering of the algae or cyanobacterium, capable of poisoning the terrestrial and marine fauna, and causing disorders to man.

At high levels, this algae, capable of producing toxins, can “affect the gastrointestinal tract, the liver, the nervous system and the skin,” according to the Florida Department of Health.

Polluting discharges from the aquifer travel through river channels, rivers and estuaries to reach several counties in central Florida and finally to beaches on both coasts.