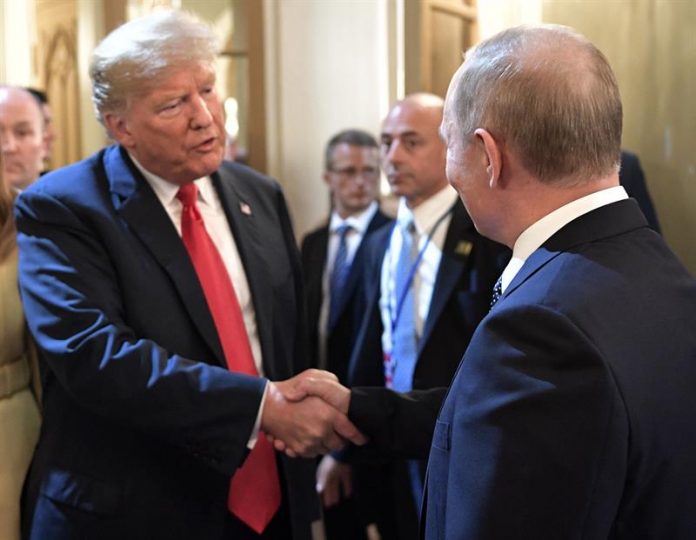 Russian President Vladimir Putin has communicated with his US counterpart, Donald Trump, the provision of Moscow has declared the new New START (or START III) to reduce their respective nuclear arsenals, which expires in 2021, as revealed today.

“He assured President Trump that Russia is ready to extend this treaty, to prolong it, but we have to agree on the details in principle, because we have questions for the Americans,” Putin said in an interview with the US television network Fox.

Putin noted that Russia does not believe that the US has fully complied with that agreement, “but this is something for the experts to decide.”

Moscow has repeatedly criticized the deployment of US missile systems in Eastern Europe, and Washington has denounced the alleged violations of the INF Treaty, signed in 1987 by the USSR and the US. and that eliminated all short and medium range nuclear and conventional missiles.

Asked about a hypothetical adhesion of Georgia and Ukraine to NATO, Putin was blunt and warned that Russia reacted negatively.

“For us, well, it is a direct and immediate threat to our national security, transferring this NATO infrastructure to our borders would be a threat and the reaction of a negative reaction,” warned the Russian head of state.

These statements, recorded in Helsinki, were broadcast for hours after Putin and Trump maintained their first part in the Finnish city.

In the interview with Fox, Putin maintained a take and contact with the interviewer who insists on asking about the grafted injection in the 2016 presidential elections.

When the interviewer received a letter of accusation from the prosecutor general for the Russian plot, Robert Mueller, who on Friday formally accused twelve Russian officers, Putin objected to his hands and told him that his interlocutor was putting it. a table next to him.

Putin described as “absolutely ridiculous” that the Americans could think that Russia could influence the presidential elections.

In his opinion, “it is very clear that this is used in the internal political struggle and is not good for the democracy of the United States.”

To settle the matter, the Russian leader stressed: “I do not want to insult President Trump when I say this, and it may be disrespectful, but before he announced that he was running for president, there was no interest for us.”

On the other hand, Putin added that other issues he spoke with his US counterpart were the risk of terrorism, Syria and Iran’s nuclear program.

He pointed out that Trump has done much to solve the conflict with North Korea, but that to achieve the total denuclearization of the Asian country, “international guarantees” are needed and that Russia is prepared to contribute to this.

In the Syrian affair, Putin reiterated that terrorist groups, such as the Islamic State organization (EI), the Nusra Front (former name of the Al Qaeda ex-affiliate) and other similar militias, which destabilize the Arab country.

At the insistence of the civilian casualties caused by the Russian air force in the Syrian territory, Putin recorded several times the destruction “by the aviation of the USA” of the population of Al Raqa, what was the Syrian stronghold of IS. EFEUSA