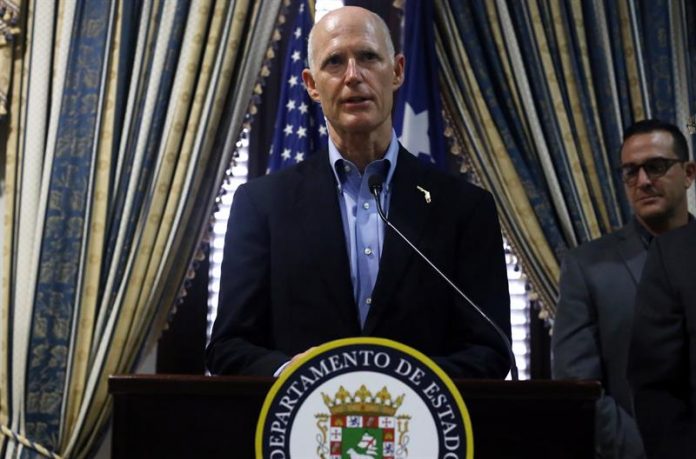 The governor said that the measure seeks to “minimize the harmful impacts that these emissions are having on the communities.”

The measure is in addition to another one ordered by the Army Corps of Engineers, which suspended from today the water drainage from Lake Okeechobee to the estuaries of the St. Lucie and Caloosahatchee rivers, whose pollution due to excess nutrients is conducive to the formation of toxic algae.

This federal agency has been forced in recent years to make controlled discharges of water through the rivers to the danger of overflow of the Herbert Hoover dam, which surrounds the lake, the seventh largest in the country.

Colonel Jason Kirk, Jacksonville district commander, said, however, that they can temporarily stop the downloads for a “short time” while observing how the system behaves.

The Okeechobee’s pollutant discharges flow through the channels of the dam, rivers and estuaries to reach several counties in central Florida, which has generated protests from its inhabitants for the formation of toxic algae.

The contaminated waters of the lake, which run eastward along the river and estuary of St. Lucie and westward along the Caloosahatchee, help the flowering of this algae or cyanobacterium, capable of poisoning the terrestrial and marine fauna, and cause disturbances to the man.

It is a rotten and thick blue-green algae that floods rivers that alarm for its toxicity and ability to scare away tourists and residents.

In addition to the algae, the old Herbert Hoover dam in central Florida has become too small to store and hold the waters when the rain rages.

Scott recalled today that he is waiting to receive federal funds that will be used to “accelerate critical repairs” of the dam to store more water.