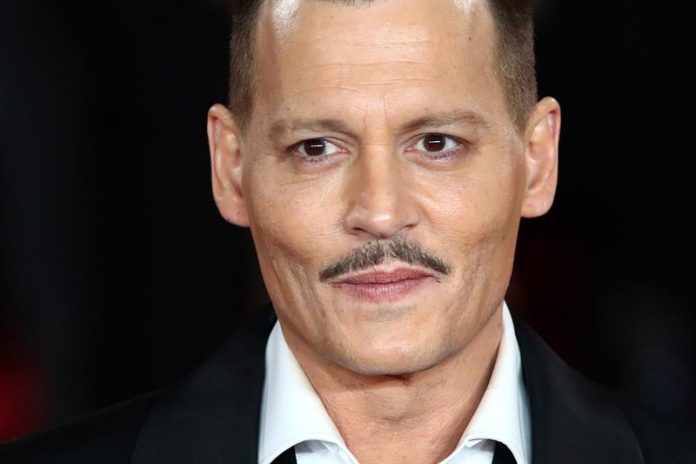 The actor Johnny Depp was denounced by a worker on a shooting for allegedly hit him on the set of the movie “City of Lies”, according to local media reported today.

The complaint was filed Friday in the Superior Court of the county of Los Angeles, but until today was not disclosed.

The plaintiff is Gregg “Rocky” Brooks, who during the filming of “City of Lies”, a film starring Depp and directed by Brad Furman, worked as location manager.

According to his account, the events occurred on April 13, 2017 during the filming of “City of Lies” in downtown Los Angeles, where they had permission to record outside the Barclay Hotel until 7:00 p.m.

“As location manager, it was Brooks’ responsibility to have the production comply with the permit requirements,” says the text of the lawsuit.

Miriam Segal, one of the producers, approached Brooks to try to get an extension of the permit, since the production needed more time and, in addition, Depp wanted to shoot with two friends a longer version of one of the scenes.

Segal and Brooks obtained two extensions of permission to shoot abroad by the authorities, until 11.00 pm.

At 1050 pm, ten minutes after the permit expired, the authorities urged Brooks to inform the production team that their time was running out.

“Why do not you tell Johnny Depp that!” The director, Brad Furman, responded.

Although Depp was not the director of the film, Brooks addressed him, but the actor received him with shouts and offenses.

“Who the fuck are you? You have no right to tell me what to do,” Depp told him.

“I do not give a shit who you are and you can not tell me what to do!” He added.
Then, always according to Brooks’s story, the actor hit him twice in the ribs.

“I’ll give you a hundred thousand dollars if you hit me in the face right now!” Challenged Depp, seeing that Brooks did not react, before his own bodyguards removed him from the place.

Brooks says in the complaint that the artist’s breath “reeked of alcohol.”
Three days after the incident, Brooks was fired after refusing to sign a document stating that he would not file a complaint about what happened.

After being one of the most important movie stars in recent years for films like the saga of “Pirates of the Caribbean”, Depp is going through a slump in his career and has recently made headlines for his legal problems rather than for his interpretative work .

In this sense he has had to go to court for bitter lawsuits in front of his ex-wife Amber Heard or his ex-representatives.