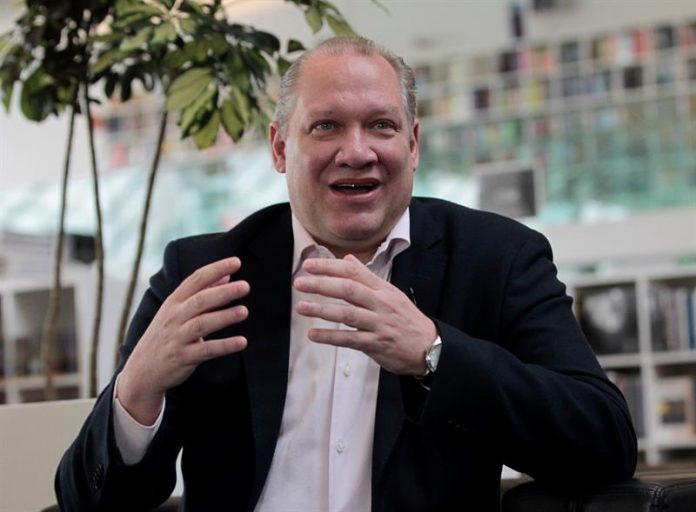 The disagreement of Gabriel García Márquez with the positions of the Cuban government in the 70s is one of the lesser-known stories told in “La polis literaria”, the book by Cuban writer Rafael Rojas that reveals the march of the Latin American boom in the times of the Cold War.

“What I try is to offer the other side of the coin by insisting that throughout his relationship with Cuba, but especially between 1959 and 1973, my period of study, García Márquez’s vision of Cuban socialism was mostly critical” explains Rojas.

Praised by friends of the Cuban Revolution and criticized by opponents, the Colombian Nobel Prize went down in history as a friend of Fidel Castro.

That this was not always the case is shown by the essayist in his 261-page volume with letters and documents from the early years of the Cuban political system.

Divided into ten chapters, the work of the historian is a manual to understand the positions of Latin American authors that marked an era, a kind of radiography of the positions of the generation known as the ‘boom’.

With an attachment to the facts that only a historian can show, the author narrates with anecdotes the close relationship of Mario Vargas Llosa and the Argentine Julio Cortázar with the Cuban cultural institutions and comments the correspondence of authorities of the island with them, who used to claim in the tone of friends.

“The Cold War produces a polarization of the cultural space, of the political space in the Latin American countries, it manifests itself in a different way, it can not be said that neither the Left side is a satellite reproduction of the Soviet bloc and that the right is a transfer of the interests of the United States or the so-called free world, “he says.

Rojas believes that the rupture of several writers of the ‘boom’ with the Cuban Revolution was not due to the well-known case of the poet Heberto Padilla, who was arrested and then exposed to the public to confess to being a member of the CIA, but a process that began in 1965 the Central Committee of the Communist Party of Cuba is created and later when Havana supported the intervention of Moscow to Czechoslovakia in 1968.

“I say that the Padilla case in ’71 is not the starting point of the rupture, but of arrival, the end of a rupture that has been incubating since the mid-1960s,” he says.

The book published by Penguin Random House tells how to assume the revolutions of the Mexican poet Octavio Paz, Nobel Prize for Literature 1990 for whom the word Revolution is a way of naming different types of dictatorship.

In another chapter, it breaks up the literary life of Carlos Fuentes at the time of the so-called Cold War and details his obsession with making several novels of dictators of the continent.

The evolution of the relationship with Cuba of Cortázar, Vargas Llosa, García Márquez, marked by nuances in each case, and the literature of Cubans José Lezama Lima, Guillermo Cabrera Infante and Severo Sarduy, not aligned with Cuba’s cultural policy, form other chapters of a book that does not run away from controversy.

“At the end of the 1950s, I observed the reproduction of political projects on the left that tried not to be part of the Soviet project because of the Cold War,” he says.

“They were looking for an alternative socialism or a radicalization from the left of the revolutionary and populist nationalist project that came from the previous decades,” explains the essayist.

Rafael Rojas refers to the inheritance of the Cervantes Cabrera Infante prize and assures that this has to do with a brand with the work of language and in the representation of Havana that many writers exploit without anyone looking for an imitation of style, something difficult to achieve.

“In Cabrera Infante there was an ingenuity to work with language and a sense of humor difficult to reproduce, but some technologies of prose and forms of representation of Havana, its marginality and poverty, we find in Leonardo Padura, in Pedro Juan Gutiérrez or writers of the younger generation such as Ahmel Echeverría or Jorge Enrique Lage, “he says.