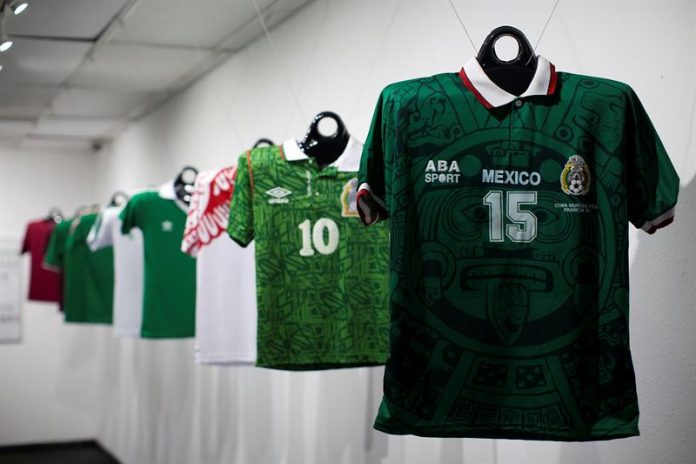 “Goles y Pasiones”, a film exhibition that collects the impact of soccer on Mexicans and Latinos in general, opens its doors this afternoon at the Cinematographic Cultural Center of Mexico in Los Angeles (CCCM), serving as a prelude to the Cup World Cup of Russia that begins this Thursday.

The “Goals and Passions” event, which will last until July 15 at the CCCM of the Consulate General of Mexico in Los Angeles, features feature-length films and shorts by well-known Latino filmmakers and personal items by famous players.

“Soccer is a national identity issue in Mexico and, above all, when the national team plays, it is a matter of nationalism,” he said in an interview with Efe Andrés Webster, consul of Cultural Affairs of the Mexican consulate.

Webster explained that the exhibition has several artistic components that “have been fundamentally rooted in our culture and our identity.”

The historical component that narrates the eras of football from its origins to our days makes a semblance of soccer icons in Mexico and remembers such important players as ‘Pirate’ Fuentes, Hugo Sánchez or the current Javier ‘Chicharito’ Hernández.

The exhibition presents memories of these players and includes a mixture of literature and music with the symphonic poem “Ínguesu”, by maestro Enrico Chapela, inspired by the 1999 Confederations Cup final, where Mexico defeated Brazil at the Azteca stadium.

The exhibition opens with the 100-minute documentary “Ilusión Nacional” (2014), by Olallo Rubio, on the participation of Mexico in the different World Cups, from 1928 to 2012, and given that the movie theater only has the capacity for 70 spectators, Webster recommends making reservations “on line”.

On the 21st of this month, the exhibition presents Carlos Cuarón’s film “Rudo y Cursi” (2009), starring Diego Luna and Gael García Bernal, which tells the story of two brothers who, through football, seek to realize their dreams.

On June 28, Gustavo Loza’s film “Atlético San Pancho” (2001) will be screened, and a week later “Club Frontera” by Chris Cashman, a documentary about the Club Tijuana Xoloitzcuintles de Caliente, better known as ” Los Xolos “, which has served to give identity to this border city. 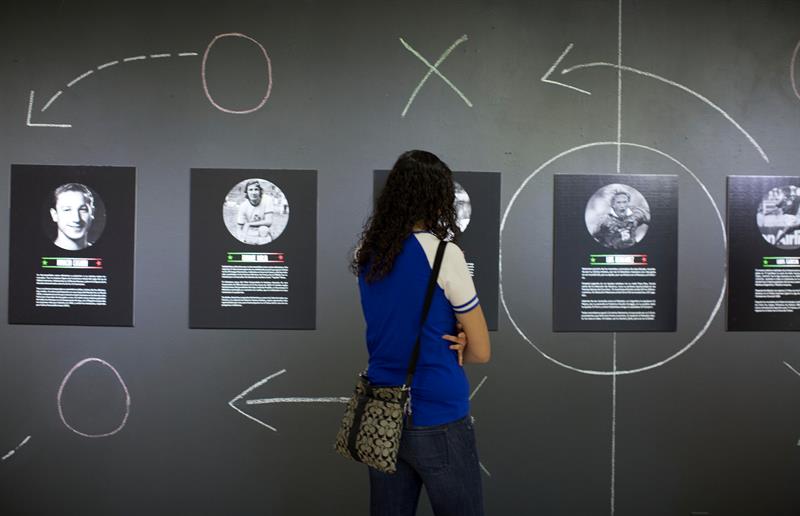 It also shows a video of Demián Flores and works by Conrad Ruiz and Macos Ramírez Erre.

“Among the artifacts, another component of the exhibition, we have very interesting pieces such as historical t-shirts since the 1920s, some of them signed by ‘la Tota’ Carbajal or by Enrique Borja,” Consul Webster added.

A shirt that the Mexican soccer player Manuel Negrete used in the 1986 championship will be in sight, although it was not the one he had when he put the famous “goal of scissors” against the Bulgarian national team.

So that fans can celebrate the triumphs of their national team, the Mexican consulate already has its own “Angel of Independence”, a copy of the famous statue of Mexico City, where the fans gather to celebrate the victories.

Wester recalled the Uruguayan writer Eduardo Galeano, who closed his home for the World Cup by putting a sign on the door: ‘Closed for football’ and shows in the book of the same name how this sport means “a moment of family and friends” .

“It is an intense passion that is lived and enjoyed in those moments, but later life goes on and, although only one wins, in the end we all win because the meetings serve to connect us and live together,” concluded the Mexican consul, who hopes that his country to the fourth game “and hopefully reach the fifth, although it is not easy”.