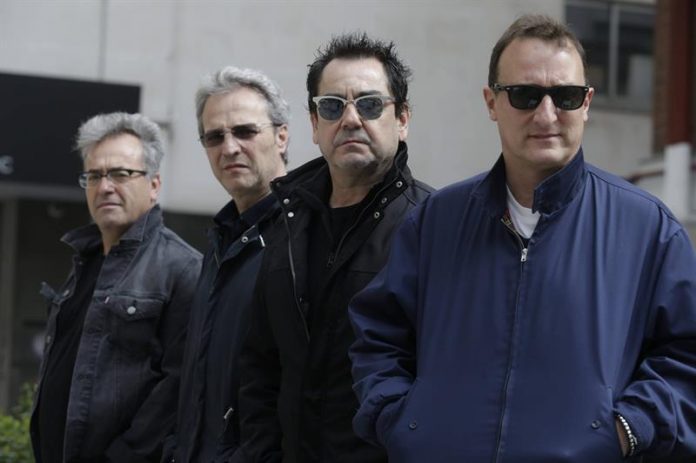 The iconic rock bands Men G and Enanitos Verdes, together touring the United States, today offered a concert in Austin (Texas) where the audience did not stop singing and dancing motivated by the joyful and incessant rhythm that the artists proposed on stage .

The show began with the audience seated and ordered, respecting the space of the others, but little by little the songs of both groups caused that they rose of their seats and they were mixed between them to enjoy the show.

The repertoire of the evening was a mixture of themes of both, so it was possible to listen to both the Spanish formation of Hombres G and the Argentines of Enanitos Verdes interpreting the other’s songs in communion.

Precisely, from this fact derives that the name chosen for the tour, which began last year with its Latin American stage, is “Scrambled Eggs Tour”, fruit of the choral interpretation between the groups.

“It is a unique and very special tour, we have been united by a friendship for many years, we had played together many times but never ‘scrambled’ and it is a structure that works very well because we have an almost common audience”, said the vocalist of Men G , David Summers, in a previous interview with Efe.

With lyrics inspired by “love and bars”, the concert gave place to romanticism and emotion, where without a doubt, one of the highlights was “Marta has a pacemaker”, played a cappella by the public of the Texas capital that even surprised the artists themselves.

After a double threat to finish the concert, Spaniards and Argentines returned to the stage to close the night with “Venecia” and “Devuélveme a mi chica”, a hymn that unleashed the final lack of control in Austin.

The American part of the tour “Eggs Scrambled Tour” began earlier this month in Las Vegas and after 14 concerts will end with a show, for which there are no tickets left, at Radio City Hall Music in New York (June 23) ).

Along the way, Men G and Enanitos Verdes hung the sign of no tickets in emblematic places like the Hollywood Bowl in Los Angeles or the House of Blues in Boston, going through the success in their five dates in Texas.