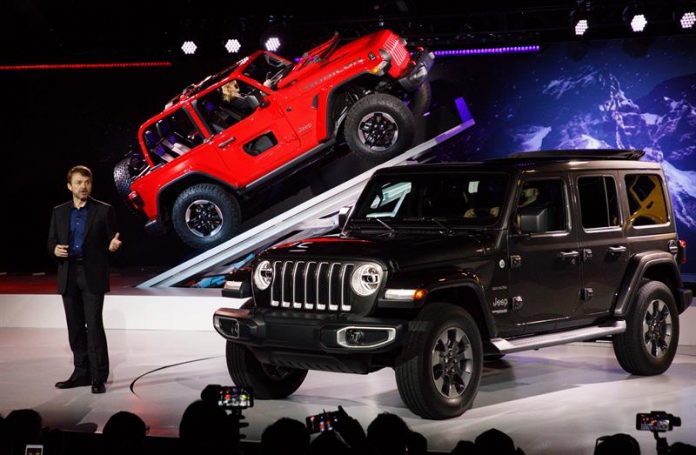 The high demand for SUV vans and SUVs boosted sales of new cars in the United States in May, when more than 1.25 million vehicles were sold, 3.1% more than the same month in 2017.

The increase in car sales in May is the third recorded this year in the domestic market and occurs in parallel to the good prospects of the country’s economy.

And the trend will continue in the coming months, analysts say, unless there are radical changes in the economic outlook.

Karl Brauer, an analyst at Kelley Blue Book, one of the industry’s main sources of information, said in a statement that economic indicators suggest that this trend will continue “during summer and autumn.”

But Brauer added that the US trade dispute with its two North American partners, Mexico and Canada, as well as with Europe. Like the rise in gasoline prices, “they could end the party.”

In May, one of the manufacturers that took the most advantage of the “party” was the Fiat Chrysler group, whose sales increased by 11% thanks to strong demand for vehicles from its Jeep brand.

This increase allowed Jeep to have the best month of May in the history of the company.

For its part, Ford had to settle in May with a slight increase in sales, of 0.7%, thanks to the high demand of its trucks.

Mark LaNeve, vice president of Ford for Sales in the United States, said in a statement that “with an increase in sales of 6% since the beginning of the year, the F Series (of vans) has had the best start to the year since 2000 and is on track to achieve its ninth consecutive year of sales increases. ”

Who did not have a good May was the Toyota group. The Japanese manufacturer lost 1.3% of its sales during the month, in which it delivered a total of 215,321 vehicles.

Toyota suffered the unstoppable tendency of US consumers towards the SUV SUVs, although in recent years the Japanese have increased their offer of models in this category.

Behind the three major manufacturers in the United States, General Motors (GM) has decided to stop providing monthly sales data in favor of quarterly data and the Honda group (Honda and Acura) gained 3.1% of sales in May.

The Honda group said that last month it sold a total of 135,069 units in the United States.

Another Japanese manufacturer, the Nissan group (Nissan and Infiniti), nevertheless closed May with a loss of 4.1% and 131,832 vehicles.

Among the German manufacturers, Volkswagen (VW) increased its sales by 4% to 31,211 units thanks to the renewed demand for SUV SUVs while the luxury brand of the Audi group had a slight increase of 0.6% with 19,315 vehicles.