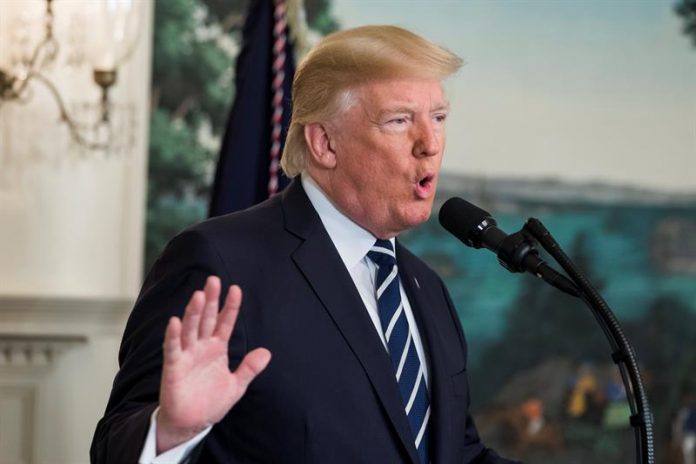 US President Donald Trump today defended his decision to impose tariffs on imports of steel and aluminum from the European Union (EU), Canada and Mexico, at the same time that he reiterated his request for the United States to be treated “fairly.” ”

“The United States must, at last, be treated fairly in commerce, if we charge ZERO to a country for selling its products and they charge us 25, 50 or even 100 percent to sell ours, it is UNJUST and it can not be tolerated, “Trump said on his Twitter social network account.

“That is not Free or Fair Trade, it is a stupid Trade!”, Added the president.

Trump’s words come just a day after the entry into force of US tariffs on steel and aluminum imports from the EU, Canada and Mexico.

Tariffs to partners such as the EU, Canada and Mexico represent the most aggressive step taken so far by Trump in his challenge to the global free trade system, as it is the first directed directly against some of its closest allies.

Canada and the EU have already denounced the United States before the World Trade Organization (WTO), an organization that has become the arbiter of trade war.

In addition, Trump’s decision came just a week before he traveled to the G7 summit, organized by Canada, one of the main victims for being the main exporter of steel to the US, and where he will be seen with the first Minister Justin Trudeau, German Chancellor Angela Merkel, and French President Emmanuel Macron, among others.

The Minister of International Trade of the United Kingdom, Liam Fox, announced today that his Government will address in the G7 with Trump possible exemptions to tariffs, which he labeled as “illegal”.