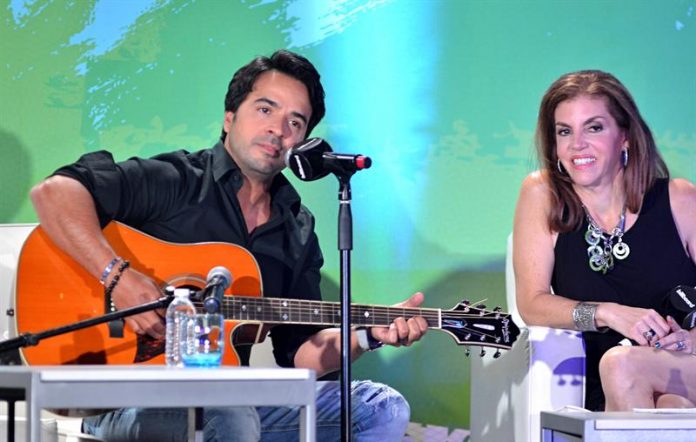 The Executive Director of Content and Latin Programming of Billboard, Leila Cobo, believes that after what happened with the “Despacito” by Luis Fonsi and Justin Bieber, many more examples of collaboration between Latin artists and of other origins will be seen, but it warns that formula is not a guarantee of success.

“The trick is to find the right mix, not only to put someone to sing in English above something good is achieved,” he said in an interview with Efe on the occasion of the next Billboard Latin Music Conference.

Artists, producers, technicians and executives from the record industry will participate from April 23 to 26 at the twentieth edition of the Conference in Las Vegas (Nevada), where the Billboard Latin Music Awards will also take place on the last day. that organizes and broadcasts Telemundo.

The “good time” that Latin music goes through, especially the urban genre, is going to be reflected in the conference, but it also seeks to “look ahead” and “go people who do not normally go.”

“We are seeing that people who do not pay attention to Latin music are lending it,” he says, to emphasize the importance of the phenomenon “Despacito” and the overwhelming figures that go with it.

Cobo, who is in charge of the conference, points out that there is a lot of news from the place, because it is the first time that the capital of the casinos is headquarters, until for the first time tickets will be sold to attend the gala the delivery of the prizes.

“There is a lot of interest and the place (the Mandalay Bay Events Center) is much bigger” than the one that until now hosted the awards ceremony in Miami, he stresses.

According to Cobo, it was decided that in 2018 the conference and prizes were going to be in Puerto Rico, but due to the impact of Hurricane Maria it was changed to Las Vegas and it is not determined that in 2019 the headquarters will be the city of Nevada again .

Cobo considers “special” for many reasons “Despacito”, which, he recalls, “was a Latin hit” before the Canadian idol Justin Bieber made a version with his creator, the Puerto Rican Luis Fonsi, who now has allied with Demi Lovato in “Echame a la culpa”.

However, he has no qualms about saying that without Bieber, “Despacito” would not have become the “megahit” he has been.

The international success of Latin music today, for her comparable to that experienced since 1999 with Shakira and Ricky Martin, is the product of a “perfect storm”.

Cobo points out that the fact that most of the Latin music that is most listened to is danceable, that only matters to move at its own pace and not the language, makes it “supremely popular”, and to that he adds in his radiography that today in day the music is more accessible than ever thanks to the “streaming” platforms.

“Besides, YouTube videos are very important, these Latino videos are being watched by a lot of people,” he says.

Many Latin artists “were great but nobody knew” until these tools appeared, he stresses.

Cobo does not believe as some that there is a homogenization in Latin music. He admits that there are “many songs that sound similar” but there are also others that “sound different”.

“The trend in Latin music is everything urban and the songs of that genre sound the same, that is inevitable, there is always something that dominates”, but there are other sounds too, says Cobo.

All these issues and many more will be discussed at the Billboard Latin Music Conference in Las Vegas.

The importance of video, which used to be marketing support and today is “how the song is being sold”, is one of the key points of a program that includes many panels with artists.

We want these panels to be increasingly innovative, says Cobo, who gives the example of the Colombian Ozuna, who will show live together with two producers as a weapon a song.

Maluma, Maná and Bad Bunny will participate in public conversations under the question / answer format, and there will be a panel on the lack of women in positions of importance in the industry and “even artists,” says Cobo, who is of Colombian origin and highlights the current level of music in Colombia.

This year the artists with the most Latin Billboard nominations are the reggaetonist J Balvin and the singer-songwriter Shakira, both Colombians, with 12 nominations each.

“Colombia is a supermusical country”, but it is in the last ten years that a business infrastructure has been created that has facilitated this explosion of successful artists, he points out. efe