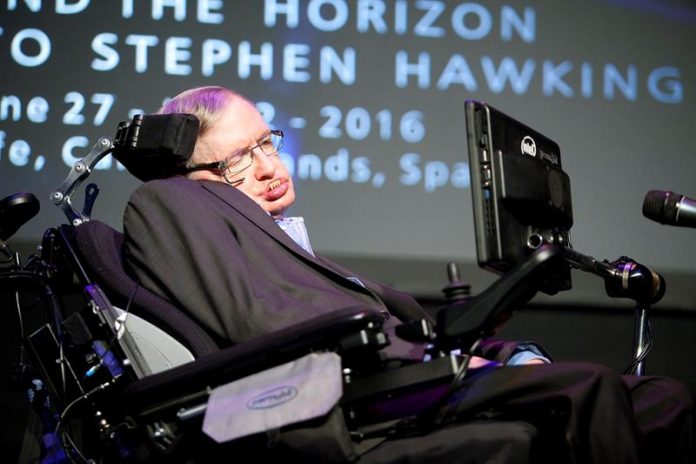 British physicist Stephen Hawking has died at age 76 in his home in Cambridge, according to family sources.

The scientist will go down in history, among other merits, as the creator of the “big bang” theory, a term with which he referred to the origin of space and time, but he was also a scholar of black holes that, according to him, They are not completely black because they emit radiation.

His work “Brief history of the time”, from 1988, gathers a good part of his discoveries and theories and has had sales exceeding 25 million copies.

Hawking reconsidered his own theory about black holes in 2004 and exposed a new one, which questions whether they are a kind of bottomless pit, as he himself had maintained.

In July 2015 he presented a project to search for extraterrestrial life at the Royal Society of London.

The theoretical physicist, born in a family of Oxford intellectuals on January 8, 1942, was diagnosed with amyotrophic lateral sclerosis (ALS) in 1963.

Sitting in a wheelchair, since 2005 he could only communicate by moving a muscle under his eye with which he operated a voice synthesizer.