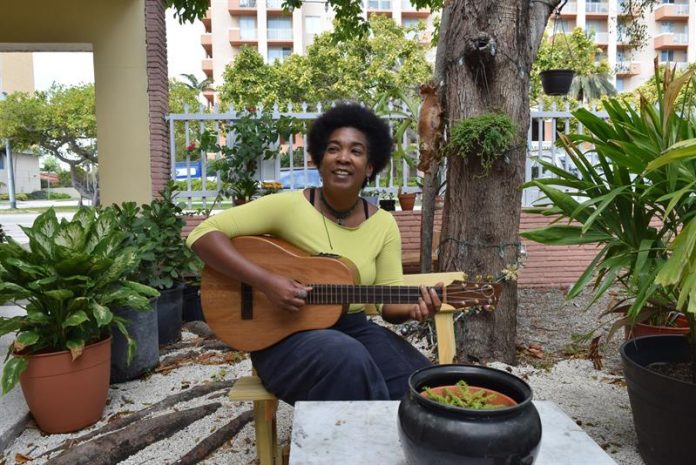 Renowned tresera, composer and singer Yusa, who will offer her first big concert in Miami this Saturday, declares herself “happy” for having been able to put together a “conspiracy in favor” with the friendly musicians who will be with her on stage.

“We had been trying for several years now, and now we have been able to complete the concert after almost three years, I am happy because it will be a unique night, for the musicians I have managed to muster,” Yusa said during a conversation with Efe.

Based in Buenos Aires but also “with a house in Havana”, the tresera will be in charge of the second cover of the eleventh Global Cuba Fest, in the Miami Dade County Auditorium, after the also renowned musician Tony Pérez desgrane a “Cuban marathon” ” of piano.

“It’s going to be a party, I have special guests like (the drummer) Horacio ‘El Negro’ Hernández, my longtime friends Pavel Urquiza, Aimeé Nuviola and Boris Larramendi, and a string quartet led by Ivette María Falcón, who brings two first violins, a viola and a cello, all this is part of what I call ‘conspiracies in favor’, “he said.

“I had not been given a concert with strings for a long time, and the fact that it was in the framework of the Global Cuba Fest gave me the possibility of summoning these musicians, it will be a long program, where I will review several of my albums and the repertoire I’m doing now, “explained this woman who has forged her career in blood and fire and after years of studying classical guitar and three. 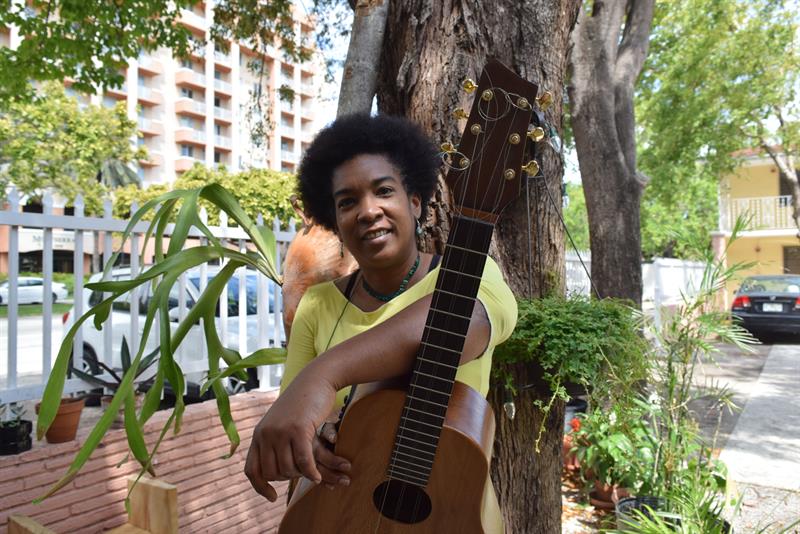 Yusa defends the theory that the three is an authentically Cuban cordófono and not an imitation of the Spanish guitar, as has been stated in theories that say that the instrument is a product of the “slave ships” that brought slaves to the island, where the ropes were split.

She is the first person graduated in 1993 from the Cuban School of Tres and Laúd, an academy that wanted to bring these popular instruments to the symphonic realm.

“But it was not easy, I came to the three because of racial prejudice,” she recalls now calmly on a terrace that she built with a friend, using the wood of a giant tree that fell with Hurricane Irma last September.

“I had a racist teacher the first year at the Amadeo Roldán Conservatory, it was a fatal year: ‘Who told you that blacks are good for classical music?'”, Yusa vocalizes the words that still echo in his ears and that came out of a teacher whose name he does not want to remember.

In those years students were sought for the academic project of the three and the lute, and she signed up.

“I chose the three because I had less strings than the lute, it’s a typical Cuban instrument that plays all the time, it moves freely and that made me decide.” There was a four-year career program and, in a single year, “reveals the artist, embraced by a pear-shaped three that was built specially by the Argentinian luthier Emiliano Bernal.

Yusa, who toured Holland invited by an orchestra of winds from that country with one of her master treseros, Pancho Amat, and whose recordings do not close until she arrives in Japan, swears to have landed in Miami as a result of a “technical scale” ”

“I can not explain it myself, but it’s part of the conspiracies in favor, I came to see a friend, and I decided to do a sabbatical in Miami for a year, and I met up with lifelong friends who made the stay more comfortable.” Holds.

After her success with the album “Libro de cabecera en tardes de café” (2012), the multi-instrumentalist (plays guitar, bass, piano, tres and sometimes flamenco cajón) prepares her sixth album, which owes a lot to her “scale” from Miami and whose title did not want to advance.

“It will be quite open, much more exposed and aggressive than others, with funky and rock themes, although always with the implicit Cuban key, that can not be missing, it’s the first time I move (the making of) a record to another place”, the artist pointed out.

Yusa, who has the maps of Cuba and Argentina tattooed on the left forearm, will close this Saturday’s concert with “Amor de millones”, a sound of his compatriot Sara González made to the rhythm of changüí and which works as a distinctive.

5-3. Ohtani and Bour hit home runs against the Dodgers