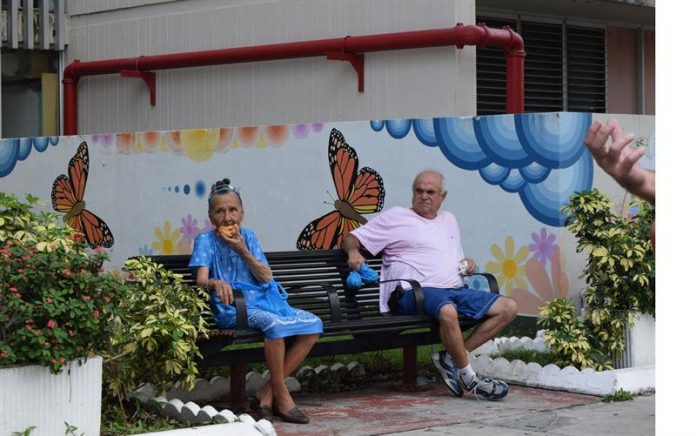 The lack of coordination between community organizations and the US health system means that one in four older adults in the country lack sufficient resources to buy food, according to a report released today by a group of experts in Colorado.

The report, prepared by the Health Research Institute of Kaiser Permanente, is based on an analysis of the situation of more than 50,000 older adults carried out between 2012 and 2015 and found that 9.2% of people over 65 years old face food insecurity, or what is the same: lack of access to food in quantity and quality needed.

The lack of an adequate methodology to coordinate the assistance that community organizations and government agencies offer to the elderly aggravates the problems of food insecurity among the elderly, explains the research.

“Food insecurity is a serious problem for many older adults, due to poverty or other challenges,” says the new report, reiterating something already detected in a 2014 announcement of the AARP Foundation and UnitedHealthcare, which also highlighted the fact that almost one out of every three Hispanic adults suffered from food insecurity.

The researchers argue that “ways to identify food insecurity among older adults should be combined with methods that connect these people with food resources in their communities.”

But that methodology has not yet been developed, warns the report, now published in the Journal of the American Geriatrics Society (JAGS).

According to Kathy Underhill, general manager of the Hunger Free Colorado nonprofit organization, if budget cuts and proposed changes to federal aid programs are implemented, “elderly people living on fixed incomes could lose all of their benefits.”

“They depend on food assistance to cope with the storms of life, so we have a shared responsibility that none of our neighbors suffer from hunger,” he said.

In turn, according to the Health Research Institute, poor nutrition leads to a general deterioration of the health and quality of life of the elderly, including oral or dental discomfort, loss of independence or mobility and unbalanced diet, without that this includes fruits or vegetables or less than two meals a day.

According to the Census Bureau, 15.2% of the 327 million people in the United States are elderly, that is, 49.7 million.

This means that 12.4 million people over 65 years of age can not access the right food at all times for their diets or preferences.

Also, according to the report, this challenge is exacerbated for elderly women, people who use tobacco or alcohol, others with chronic illnesses, and the elderly who can not take care of themselves and who do not have anyone to help them.