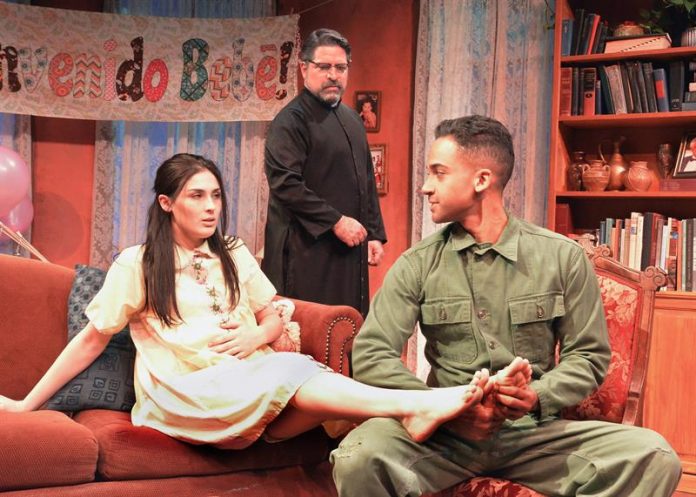 The play “Las madres”, which has its world premiere today in Los Angeles, addresses the mothers of the disappeared in Argentina and the “terror policies” during the military dictatorship because it is “necessary to continue telling that story,” he said to Efe its author.

The playwright Stephanie Walker said she wrote this play, which is staged today at the Skylight Theater in the Californian city, because it is relevant to the case of the mothers of the disappeared during the years of the Military Junta, between 1976 and 1983 , and the “dirty war” in the Latin American country.

“They were the first to challenge the dictatorship, they were the first to raise their voices, their courage was unimaginable,” said Walker, who during his childhood lived in Argentina and attended several of the marches that mothers and grandmothers the disappeared in the Plaza de Mayo, in Buenos Aires.

“I think we need to continue telling that story, because we thought that could never happen here,” in the United States, he added.

The plot of “Las madres”, whose staging is directed by Sara Guerrero and features a cast of half a dozen actors, revolves around three generations of the Acosta family.

By orders of the military government, the pregnant young Belén Acosta is kidnapped and disappeared, accused of having links with the armed group “Los Montoneros”.

“What we see is the culture of silence that prevailed in that period in Buenos Aires, Argentina, and how people did not talk about what was happening,” Walker said.

He added that his work is in some way a portrait of what lived the relatives of some 30,000 Argentines who for political reasons were “kidnapped, tortured and disappeared” by the dictatorship.

The author stated that many “disappeared” women gave birth in clandestine prisons of the Government and their children were given for adoption to military families.

“The work is about the strength and resistance of women and how people who have gone through all that can inspire us to be strong,” he said.

Margarita Lamas, an actress originally from Argentina, told Efe that the Argentine conflict “in the distance affected everyone”.

Although she emigrated to Canada before the disappearances, she has known cases of “broken families” and “terror” that they felt.

In that sense, he added that the staging is in some way a way of expressing “solidarity with the people who are here sometimes for that reason, because the only way to survive was to go into exile.”

“On Sundays we are going to bring survivors of that dirty war, who emigrated to the United States, so that after the show they talk with the audience and with their testimonies they know more about that reality,” revealed the producer of the work, Gary. Grossman

“Mothers”, which is staged in English, will remain on the scene until April 29. efe