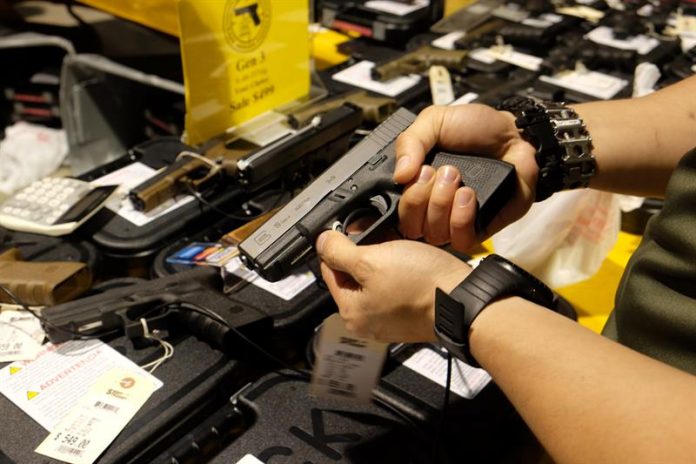 The United States arms industry is experiencing a boom reflected in the increase of about 25% of sales of military equipment in 2017, due both to the escalation of conflicts in the world and the policy of President Donald Trump to promote the economy local.

According to data from the Department of State, which is the portfolio responsible for preparing reports favorable or contrary to the approval of this type of transactions, the United States closed the last fiscal year, which runs from October 2016 to September 2017, with sales worth 41,930 million dollars.

This figure represents an increase of 24.97% over the previous year, the last one closed by the Administration of former President Barack Obama (2009-2017), when this figure reached 33,600 million dollars.

While it is true that some of these operations were closed during the last months of the Obama presidency, it is undeniable that the Trump government is “trying to promote sales in general,” government sources told Efe.

A clear example of this new commercial policy is the significant increase in sales notifications to the United States Congress, which is the body that ultimately must approve the sale of non-conventional weapons to other countries.

While between January and November 2016, the State Department notified Congress of $ 58,040 million worth of sales, in the same period last year they reached $ 80,706 million, according to an analysis by the Security Assistance organization, which collects all the information about it disclosed by the State.

This rebound of 39.05% is clearly in line with the presidential strategy of “Make America Great Again”.

In fact, according to Efe has confirmed, at this time the White House works on a project that will have the participation of various executive portfolios, with the aim of promoting the sale of arms to other countries.

“The Departments of State, Defense and Trade – in fact, all those related to these matters – are called to make proposals to improve and accelerate the process, in order to see how regulations can be eliminated in order to cut the red ribbon”, admitted Efe from the Administration.

However, not all the merit can be attributed to the current US trade policy, since this growth would not have been possible without the escalation of various international conflicts.

Although the country remains involved in conflicts such as the civil war in Syria or the fight against the Taliban, the fact that the president has expressed his willingness to reduce the US presence in these clashes has also helped to stimulate the sale of weapons .

From the beginning of his term Trump made it clear that his intention was to give up the leading role in the first line of combat to local security forces, which has encouraged the purchase of unconventional weapons by countries such as Saudi Arabia and Japan, worried in his case about the escalation with North Korea.

It is also “rational” to consider that the appearance of new clients in the portfolio of the arms industry responds to the “threats” of jihadist groups such as the Islamic State or countries such as North Korea, as acknowledged by the Administration.

“The president himself has already said that it is a priority to provide our allies and partners with the technology in defense necessary to cover their legitimate needs,” official sources recalled.

In fact, this new philosophy is behind the main sale of weapons approved last year, for which Saudi Arabia is called to pay 15,000 million dollars for a defensive anti-missile system.

This sale, however, has not been exempt from some controversy, since the previous Administration established a series of restrictions on countries such as Saudi Arabia or Nigeria for the lack of guarantees from their governments on respect for human rights.

“These countries are receiving, within the package of their purchase, additional training for the systems they have purchased, with the intention of limiting any possible civil leave that could occur due to its incorrect use,” clarified from the Administration.

In any case, what is clear is that Trump has seen in this rain of millions a solution to face one of the great challenges of his presidency: reduce a trade deficit that this year stood at 50.500 million dollars. efeusa