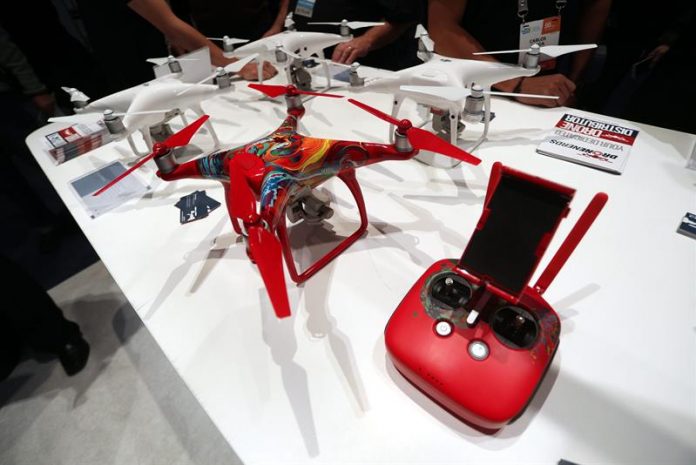 The CES fair in Las Vegas, the most important meeting of personal consumption technology in the country for half a century, closes its doors today after four days of news marked by digital assistants and plans to move towards smart cities.

With less affluence than the previous days, the fair focused today on the intersection between sport and technology, with talks dedicated to sport as content for audiences and the influence of elite athletes in the “start-ups”.

However, throughout the event innovations in autonomous vehicles and artificial intelligence have shone with more intensity, at the same time key elements of smart cities (“Smart cities”), a prominent trend to which they are added every time more companies.

The interconnection of home appliances and their control through digital assistants, or the direct communication between cars and urban infrastructure to “decongest” the traffic and make it more efficient were among the plans to move towards those cities of the future.

In the inaugural talk of CES, Ford’s CEO, Jim Hackett, suggested that the automobile firm now looks to the mobility sector with the development of a cloud platform on which new “living streets” are based. People, and not cars, are the priority.

Similarly, the Toyota group indicated its intention to be a mobility company in the future and presented an electric vehicle without driver, e-Palette, designed for commercial purposes and that estimate will be ready by 2020.

The robots for the final consumer with personal and commercial functions, ranging from accompanying seniors to read bar codes in a store, occupied an entire pavilion and delighted the attendees, whose figure estimated the organization at more than 170,000.

Another of the innovations that will change society is the 5G technology, which promises to be a new step forward in terms of wireless broadband connectivity and in which groups such as Qualcomm or AT & T work, which will be laying the groundwork for 2018.

As usual, the major brands among the 3,900 exhibitors presented new models of devices that are used daily, from televisions – increasingly flatter and with better image quality -, laptops, tablets or mobile phones.

In this regard, the CEO of the Chinese firm Huawei, responsible for another of the great speeches of CES, presented his Mate10 Pro smartphone, but criticized the difficulty of his arrival in the US. despite the “high standards of security and privacy” of the device.

Among digital assistants, which have become widespread in phones, speakers or watches and now have seen breaking into the houses, Google Assistant made a greater presence by means of screens and ads to stand up to his rival, the extended Alexa, Amazon .

According to many prototypes presented at the event, artificial intelligence will be enabled in such common objects as the mirror in the bathroom, the oven, the television or the refrigerator, which will be controllable through options presented by Amazon, Google or Microsoft , among others.

And is that other companies are not far behind and have decided to develop new artificial intelligence platforms, as is the case of LG, which introduced the ThinQ open system, or the high-end car manufacturer Mercedes, which has opted to create its own .

In addition, this year’s edition left as anecdote an electricity blackout on Wednesday, which for more than two hours paralyzed the most cutting-edge technology and diverted the attention of participants and companies to social networks, where they turned the incident into a “trending topic” . (EFEUSA)