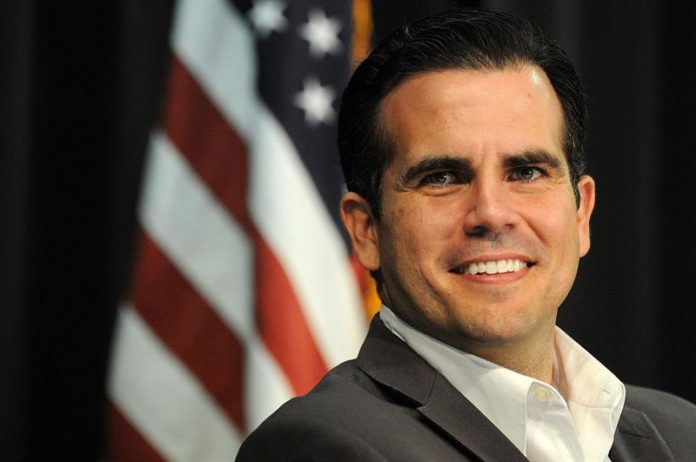 The governor of Puerto Rico, Ricardo Rosselló, insisted today on the need for Puerto Ricans settled in the continental United States to “insert” into the electoral system and persuade the political class of the need to help the island.

During a tour of business premises in Central Florida, the state where he is visiting, and then in a conversation with local religious leaders, Roselló urged the Puerto Rican community to organize and assert their electoral weight, especially this year. representatives are elected for the Congress.

“2018 is the year that we organize to have equal treatment for our people, this is the year to generate changes, we can not continue to be treated as second class citizens,” the president said, according to a government statement.

The governor visited the Melao bakery, well known among the Boricua community of Kissimmee, which played a fundamental role as a collection center for supplies following the destructive passage of Hurricane Maria in Puerto Rico last September.

Roselló thanked Eduardo Colón, owner of this establishment in Kissimmee, a city on the outskirts of Orlando (central Florida), where a large community of Puerto Ricans settled.

The governor also met with a score of religious leaders and thanked, among others, Nino González, from El Calvario de Orlando Church, Gabriel Sarguero, president of the National Association of Latino Evangelicals (NALEC, for its acronym in English) and Myriam Saldaña, of the Christian Restoration Center, for giving refuge to the displaced people of the island.

“Our call is for religious leaders who have ties to the Republican Party to help educate the political leadership on the situation in Puerto Rico and the need for Puerto Rico to have equitable access to federal recovery funds,” the governor said.

The leader of the executive on the island held a community meeting on Friday at the Kissimmee civic center, where he indicated that the passage of Hurricane Maria through Puerto Rico has contributed to a greater “sympathy and empathy” in the United States. Puerto Ricans

According to Rosselló, there are 5.6 million Puerto Ricans living in the United States, one million in Florida, who “have the political power, have the ability to create change and the opportunity to do things well, not only for the island, but to do Things are good for you too. ”

That meeting was attended by the Governor of Florida, Rick Scott, who has helped the settlement of Puerto Ricans in the state, and announced a million dollar investment to help displaced families find employment and other measures in the same direction.

According to data from the government of Florida, since October 3, 2017, more than 318,000 people have arrived in Florida from Puerto Rico through the international airports of Miami and Orlando and the cruise port Everglades, in Fort Lauderdale.