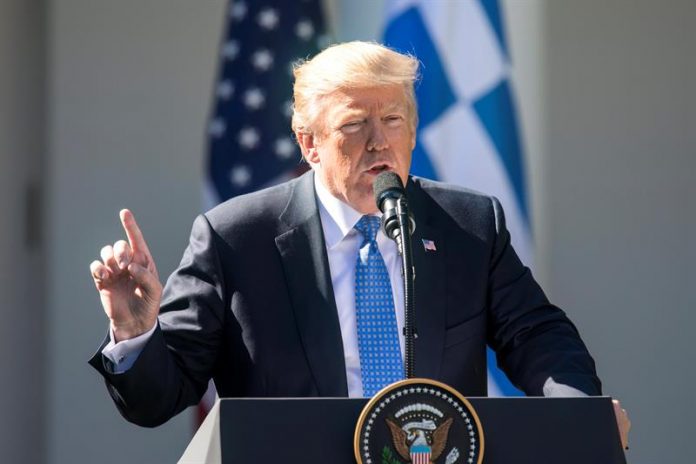 President Donald Trump ratified today with his signature a measure promoted by the Republicans in Congress that prevents consumers from jointly demanding their banks or credit card companies, and that has been strongly criticized by the Democrats.

The rule, driven by Republicans and approved by the vice president’s tie-break vote, Mike Pence, reverses one of the regulations backed by the Office of Consumer Protection (CFPB).

The CFPB standard sought to protect consumers against a standard clause that financial entities include in their contracts and that prevented their clients from filing class action lawsuits against them.

Before its entry into force, said the government agency, financial institutions could “dodge the judicial system” and forced customers to give up the claim or only do so individually.

“The vote last night is a big step backwards for all consumers in this country, Wall Street won and ordinary people lost,” Richard Cordray, director of the CFPB, an agency created in 2011 by former President Barack Obama, said in a statement.

The legislation is part of the efforts of the Republicans to dismantle the regulations applied to strengthen the financial system after the 2008-10 crisis.

Trump has insisted that this issue is one of his priorities in ensuring that excessive financial regulation damages competitiveness and reduces the flow of credit.

On the other hand, the democratic legislators criticized with harshness the legislative change.

“It’s a big wet kiss to Wall Street,” said Elizabeth Warren, a Democratic senator from Massachusetts and one of the most progressive wing of the party.