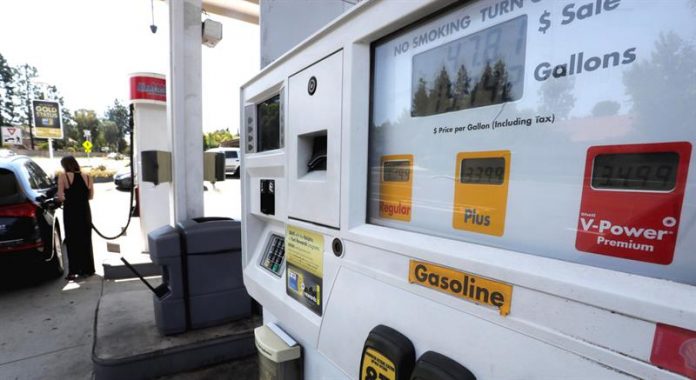 A new fuel tax in California, intended for highway maintenance and traffic expansion, came into effect today and has increased the price of a gallon of gasoline by 12 cents and diesel by 20 cents.

Measure SB1, approved last April 6 by both chambers of the legislature of California, establishes among others a 40% increase in the tax on gasoline, which today represents an increase of 12 cents per gallon to fuel, which is already in the most expensive in the country.

However, it is likely that the consumer does not feel the effect immediately and is that also from today the service stations make a change of mixture in gasoline to be used in winter, which has a lower cost per gallon (approximately 12 cents less).

“As of November 1, instead of California families saving 12 cents (per dollar) per gallon for the annual change to gasoline blending for winter, the government will keep the savings that people would have. spent on food, entertainment, end-of-the-year gifts and much more, “Ryan Hanretty, director of the California Association of Independent Fuel Dealers, said in a statement.

SB1, which seeks to raise $ 52.4 billion in the next 10 years, will also increase the annual vehicle registration fee between $ 25 and $ 175 starting next year and establishes that since July of the year 2020 zero emission vehicles pay a fee of $ 100 per year, all adjusted for inflation.

The move was strongly driven by Gov. Jerry Brown, who called it “a fee to pay for people for the privilege of driving on our roads.”

“In a state that has consistently raised living costs for middle-class workers and families, this is another measure by Sacramento politicians who will get to the bottom of family budgets for the next 10 years,” Hanretty said.

The norm has motivated in turn that a group of Republicans of this state, led by Assemblyman Travis Allen, launch a campaign to reverse the measure, which, they say, will raise the costs of transportation and other associated products and services.

“When Jerry Brown tried to approve the biggest increase in gasoline in California’s history without the vote of the people, I decided something had to be done,” Allen said in an announcement.

The Initiative to Repeal the Tax on Gasoline (nocagastax.com) is raising funds to finance the campaign and collection of signatures, while maintaining a confrontation with the California prosecutor, Xavier Becerra.

In what Allen has described as a desire to “misinform public opinion and voters,” Becerra corrected the name of the initiative, which could go to a vote in November 2018, and changed the word “tax” to “income.”

Travis demanded the correction before the Supreme Court, which gave his reason on September 26, however, the following month Becerra went to the Court of Appeals for the Ninth Circuit.