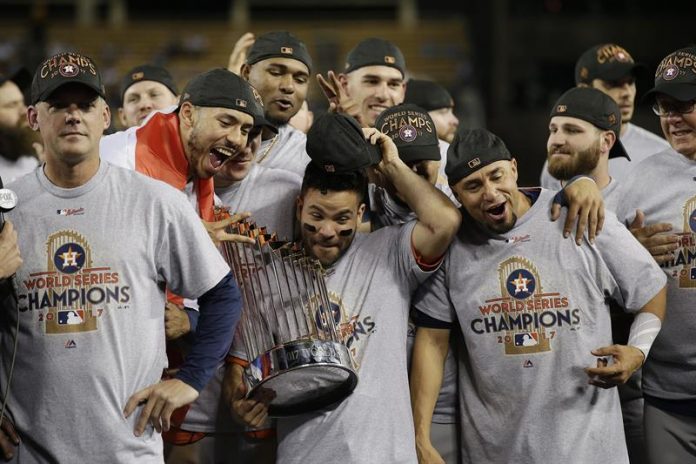 The architect of the construction of the new champion team of the World Series, the general manager of the Astros of Houston, the Mexican Jeff Luhnow, acknowledged in statements to the EFE Agency, that his goal was always to achieve the title.

“We have had a very successful year and our goal has always been to win the championship,” said Luhnow, as he celebrated with champagne, in the visiting locker room of Dodger Stadium, the triumph achieved by the Astros after beating the Dodgers 5-1. Los Angeles in the Seventh and decisive game.

Luhnow reiterated that the fans of the Astros were unique as the whole city and that having seen on television as half the field of the Minute Maid Park was full to see the team on television was something great.

“I hope that on Friday during the parade they will also accompany us and let us show the world what kind of city and people we are when we have to face adversity like what happened with Hurricane Harvey,” said Luhnow. “We have had to overcome in the field also the best teams, with more economic power with are the Boston Red Sox, the New York Yankees and the Dodgers.”

The Dodgers have a staff worth 250 million dollars for 149 that the Astros have to pay their players.

“The three most powerful teams in the league, who can get the players who want their money, succumbed to our system having formed a team with players from the minor leagues,” said Luhnow.

“That is the example to follow and that is why we want to tell all residents of Houston that they feel stronger and stronger in the fight against adversity.”

Luhnow also had words of praise for both the outfielder George Springer, who was named the MVP of the World Series and the Puerto Rican shortstop Carlos Correa, who focused attention on his girlfriend’s wedding request. conclude the game, in full field.

“The Springer award is more than deserved because it achieved the mark of the five home runs in the World Series and showed at all times the great player he is,” said Luhnow.

“The anecdote of the series is that in the first match he struck out four times and his father came to see me and said ‘what are we going to do?’, So I told him not to worry that in the end he would show the type of professional What is it”.

He did it to go out the big door, while from Correa’s proposal to marry the ex-Miss of Texas, Luhnow said he hoped he had given him the “yes”.

“Carlos Correa is a very humble person, but of a great heart and exceptional both on and off the field for which I am convinced that they will be very happy,” said Luhnow.

The Mexican general manager reiterated that the team they had formed was young, that they will remain united by several more, and therefore he was convinced that they would compete again in the World Series.

“I have no doubt that we will be in the Fall Classic again,” said Luhnow.