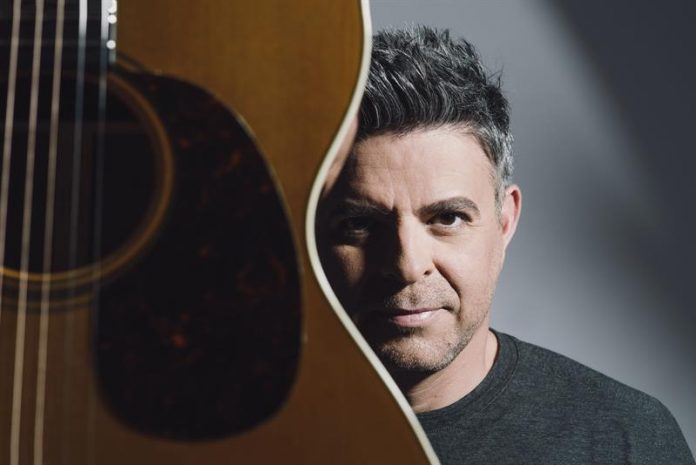 Nicaraguan singer-songwriter Luis Enrique longs to help “those who have stopped feeling that they can achieve their dreams” with his first book, in which he recounts his life, marked by the experience of having been an undocumented Latino youth.

“Being undocumented does not get in the way completely, you can do many things,” says Luis Enrique in an interview with Efe on the occasion of the publication of “Autobiography”, titled as one of his musical successes.

The book published in Spanish by HarpersCollins went on sale this Monday and its official presentation will be this Wednesday at the Congressional Church of Coral Gables (Florida), a temple that is also used for music concerts and other events.

“It will be an almost religious experience,” jokes Luis Enrique in reference to a song by the Spanish Enrique Iglesias.

After Miami, the so-called “prince of salsa” will promote his book through several cities in the United States and then in Latin America, starting with Nicaragua, where he will be on October 10-11.

This pioneer of “salsa romantica” and leader in social networks, with more than 1.6 million followers worldwide, regrets that he will not have time to visit Somoto, the town where his biography begins almost 55 years ago , since he was born on September 28, 1962.

The book is specifically dedicated to anyone who has come to the United States without documents, a situation in which its author was ten years.

For Luis Enrique, it is not that things for undocumented immigrants are worse than ever, as some say. “It’s always been difficult,” the truth is that the situation has not changed in 30 years, says the author of musical hits like “I do not know tomorrow”.

Since President Ronald Reagan issued an immigration amnesty in 1986, thanks to which he was able to become a citizen, the problems – he says – remain the same, including that of the “dreamers,” many of whom will soon be without Action (DACA) following the White House decision to suspend the program in March 2018.

“We simply need someone who comes to power and works for the common good,” to provide “real opportunities to people,” asserts someone who was “dreamy” before even that concept existed.

Luis Enrique arrived in the United States from Tijuana (Mexico), penultimate scale of a trip that began in his native Somoto with 15 years and that made next to his younger brother of 13.

In California they met with their mother and aunt, who were already settled there.
Significantly the prologue of “Autobiography” has been written by a “dreamer”, Gaby Pacheco. “When she told me her story, it was like watching me in 1978,” he said.

When he left school in the 1980s, Luis Enrique felt he was “in the air.” He did not fulfill his desire to be a teacher of children with special needs, but music, something he says he carries in his blood, filled the void.

The raids of undocumented immigrants that the Immigration service does today throughout the United States to send them to the countries where they came from, remind you of the ones that were in Los Angeles in the late 70’s and early 80’s.

Discrimination was and is the worst, “that makes things even harder for you,” stresses the artist.

“To have achieved success through the storms that this brings, is not an easy task, even with papers it is difficult for Latinos,” he says.

For Luis Enrique, the migratory issue in general and the problem of “dreamers” in particular should not be “politicized”.

“It is morbidly bad to sit down and negotiate politics with the lives of others,” says the singer, who took eight years to move from musical “Autobiography” to literary.

For some time he wrote “snippets”, but it was difficult for him to decide if he really wanted to tell his life. He could do it when he felt he had matured and forgiven and accepted difficult family and life situations, he says.

Remembering things that I had forgotten or wanted to forget and to write them “filled me with life, it was like becoming a cleaner,” he says when asked if in a way the book was an outlet.

Luis Enrique liked the experience – “it was a solid step that I wanted to give,” he says – and it is possible that he repeats, but it is clear when asked if becoming a writer can distract him from the music: “No, It’s natural in me. ”

The message of “Autobiography” is that the United States is “a country of opportunity”, “more than ours” and we must pursue our dreams, not let ourselves be stopped by the tribulations.