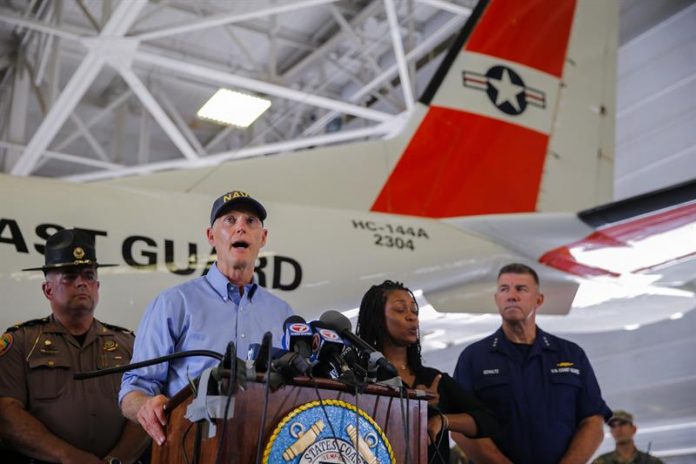 Florida Gov. Rick Scott announced today that he will propose to the State Congress new measures to combat the opiate crisis and will allocate a budget item of more than $50 million to that end.

Scott, who in May declared Florida a state of public health emergency for opiates and last July signed a law that tightens penalties and creates new ones for drug-related offenses, made the announcement in Brandenton, a city near Tampa (west coast of the state).

“We are committed to doing everything we can to support our communities and fight the national opiate epidemic, and while we have taken important steps to combat this crisis, more needs to be done,” said the governor.

The new legislation that Scott is going to propose to the State Congress states that physicians in general can only prescribe to their patients the use of opiates for three days. In exceptional cases, the maximum time would be seven days, according to local media today.

All health professionals prescribing or delivering medication should participate in a control program from which a database of prescription drugs will be created.

Scott also intends to establish more controls to prevent pain management centers from prescribing unlicensed opiates and forcing health professionals to receive ongoing training in the use of such drugs.

The budget line of more than 50 million dollars is intended to cover treatments for opiate users, as well as counseling and rehabilitation services.

The Florida Council for Drug Control and Violent Crimes would also be the recipient of some of those funds.

Since last July in Florida, a law that punishes up to 15 years in prison has been in force, possession of more than 14 grams of synthetic opiates fentanyl or carfentanil and up to 25 years if the quantity exceeds 28 grams.

HB 477 reinforces the action of the public health emergency declaration for the opiate crisis that Scott did in May and made available to the state more than $ 27 million in federal funds to combat the epidemic.

On Monday, the United States Government launched an awareness campaign to combat the epidemic of prescription opiate addiction, which kills 91 people a day on average in the country.

It is “Rx Awareness,” an initiative of the Centers for Disease Control and Prevention (CDC) to help states combat addiction to prescription opioid analgesics such as OxyContin or Vicodin, which leads many Americans to get hooked later to heroin, cheaper on the black market.

President Donald Trump on Aug. 8 pledged to win the battle against opiates by strengthening security along the Mexican border, tightening drug trafficking penalties, and preventing addiction.

Between 1999 and 2015 overdose of prescription opiates killed more than 183,000 people in the United States.