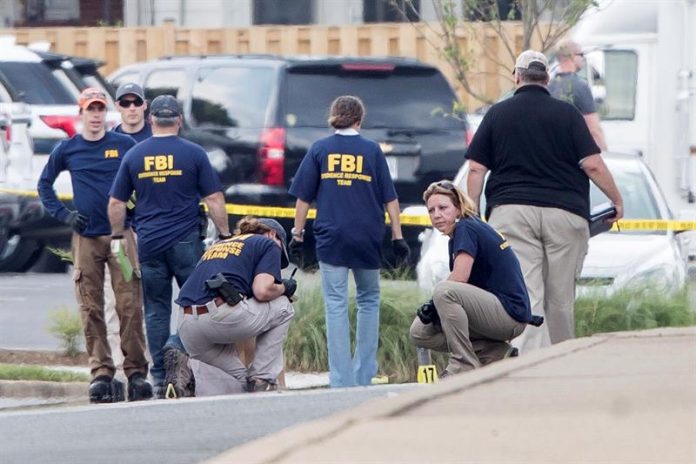 The Federal Bureau of Investigation (FBI) recorded 17,250 murders in the United States during the year 2016, an increase of 8.6% over the previous year and shows a sharp increase in crime, although still far from the levels of the decade of the 80’s and 90’s of the last century.

The annual statistics released today by the FBI also show a rise for the second consecutive year of violent crimes throughout the United States.

This increase is mainly due to the progress of the murders over the last year in large cities such as Baltimore, Washington and Chicago, which has repeatedly used the President’s government, Donald Trump, to justify its hard-hitting policies against the crime.

According to the FBI’s regional data, in the state of Illinois to which Chicago belongs, there were 941 murders; in Maryland, whose largest city is Baltimore, registered 430, while in the District of Columbia (where the capital, Washington) occurred 136 murders occurred in 2016.

According to the Brennan think tank, the increase in the number of murders is mainly due to the increase in crime in large cities such as Baltimore, Washington and Chicago, although there are other cities, such as New York, that have seen their rate drop significantly of homicides in recent years.

Data on homicides are included in the statistics on violent crimes, a definition that includes murders, robberies, rapes and attacks with some type of weapon.

Data on violent crimes and homicides are considered as the most significant indicators for assessing the violence that plagues a country.

Despite the increases experienced this year, rates of violence are still far from the numbers reached in the 1980s and early 1990s.

These are the first crime statistics that the FBI publishes during the Trump Government, which at the time of swearing as president on January 20 considered that the cities of the United States were suffering a “carnage” and promised to end it.

Attorney General Jeff Sessions has tried to put in place some policies to combat what he sees as a “rising tide of violent crime” across the country.

“We are committed,” Sessions said today, “to work with our state, local and tribal partners to curb violent crime, dismantle criminal groups and gangs, stop the scourge of drug trafficking and send a strong message that we will not deliver our communities to anarchy and violence “.

The Trump government has called for more funding from Congress to fight drug trafficking and gangs like the Mara Salvatrucha (MS-13), which has made El Salvador one of the most violent countries in the world and is gaining power in some big cities of the United States.