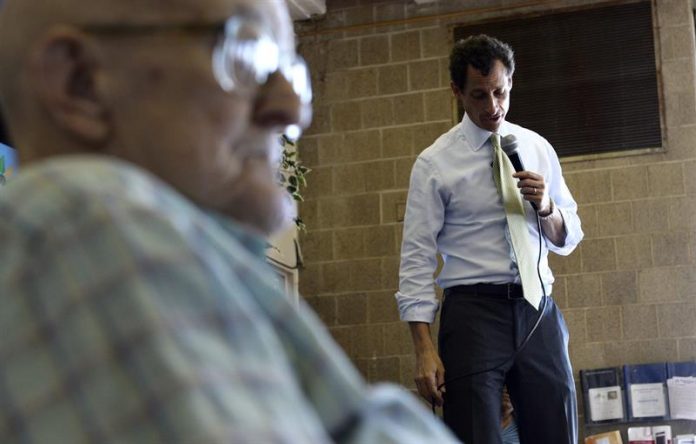 Former New York federal excongresist Anthony Weiner was sentenced here Tuesday to serve 21 months in jail for sending material of sexual content to a 15-year-old girl, the prosecutor’s office for the southern district of Manhattan reported.

“It is a serious crime that deserves serious punishment,” said Judge Denise Cote in imposing her sentence on the former, the prosecutor said in a statement.

The prosecution had asked between 21 and 27 months in prison for the 53-year-old Democrat who started crying after hearing the verdict as he was seeking a probation.

Weiner, who sought the Democratic nomination for mayor of New York in 2013, pleaded guilty last May to a felony charge of sending obscene material to a minor, hours after he turned himself in to the New York offices of the Federal Bureau of Investigation FBI).

When he was brought before a judge at that time, Weiner, who served in Congress between 1999 and 2011 when he was forced to resign, admitted that he had suffered “destructive impulses.”

“I have an illness, but I have no excuse,” he acknowledged.

The excongresista, who was free on bail, and in the middle of a divorce of Huma Abedin with whom they have a son, and who was Hillary Clinton’s closest aide, was also sentenced to three years of supervised release once he leaves prison, according to the prosecution.

In a letter sent to the judge, Abedin asked for leniency for Weiner on behalf of his son. Weiner must surrender next November 6 to begin serving his sentence.

The investigation came to light after the British newspaper The Daily Mail reported in September 2016 that the man exchanged messages for some months, some explicit, with a minor.

Before, in 2011, she had left her seat in Congress when it became known that she had been sending sex messages and photographs to different women over the internet.

That behavior put an end to his aspirations to be Mayor of New York.