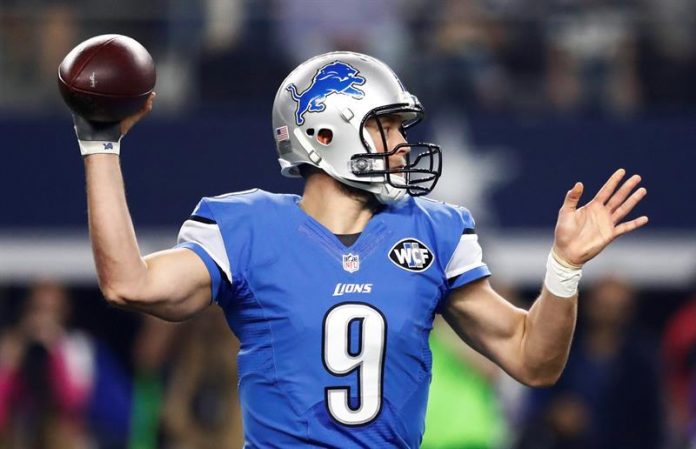 The changes continue to take place within the National Football League (NFL) and this time the owners of the teams decided to lower the duration of the extension of the game by 15 to 10 minutes.

In this way they try to echo the concerns of several coaches, who considered that their players were exhausted and were at greater risk of injury at the end of the extra time.

The change will be applied in preseason and regular campaign matches.
Also in the playoffs parties will be implemented the extra time of 10 minutes, although if the tie persists in those duels, a second stretch should be played.

The new change, according to some research, can generate a slight increase in the number of draws. In the last five years, with the extension of 15 minutes, has averaged a tie per season. Now, the average could rise to three.

However, NFL commissioner Roger Goodell said he was unsure of those investigations and stressed that the opposite could happen.

“We do not think this will lead to more draws,” said Goodell, who seconded the opinion of several coaches that teams will apply a more aggressive strategy over a shorter length of time.

During the owners’ meetings, it was also approved to move the 2021 Super Bowl venue from Los Angeles to Tampa Bay.

Five days earlier, it was announced that the opening of the $ 2.6 billion stadium in Inglewood, California, will be postponed to 2020. The measure was attributed to construction delays caused by too wet winter in Los Angeles.

Under these conditions, the owners approved to change the headquarters of the great party. They voted unanimously for the February 2021 meeting to be held in Tampa, Florida.

The new home of the Rams and the Los Angeles Chargers will instead host the Super Bowl in 2022.

To keep the original plans in Los Angeles, the NFL would have had to eliminate a rule prohibiting the Super Bowl in a stadium that has not hosted matches for two regular seasons.

Tampa had been second in the vote to assign the seat of the grand finale of the NFL.

“In this process, we focus on the fact that the new stadium will host the Super Bowl multiple times over several generations, and we need to make sure the property is exceptional, with the quality for a Super Bowl,” said Rams Chief Operating Officer, Kevin Dermoff, last week. “We focused more on the quality of the stadium than on the exact year of the Super Bowl.”

Also, the NFL was open to the most creative festivities by players when they scored.

After years of punishing the celebrations that were considered exaggerated, the league decided to relax the rules. It will again allow the players to celebrate with the ball in the hand or participate in some group choreography.

Goodell stressed that the new parameters were defined after conversing with more than 80 current and retired players.

When asked if he himself had celebrated the relaxation of the rules, Goodell showed a smile and admitted that somehow he had succeeded, but without letting himself know how he did it and what strategy he followed.