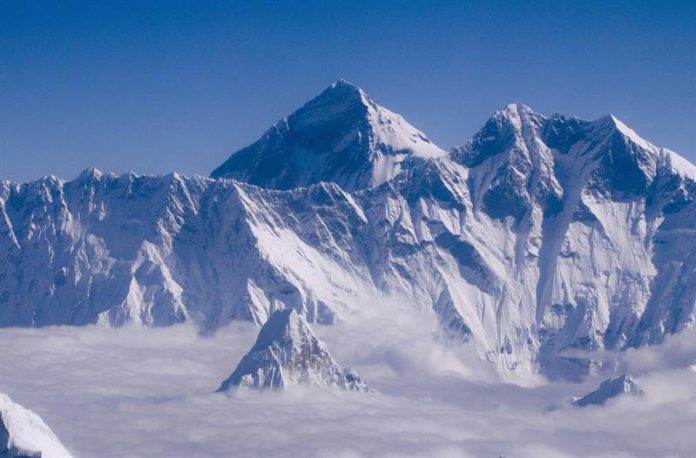 Sherpas, inhabitants of the Himalayan mountains, have developed metabolic adaptations that allow tissues to use oxygen more efficiently, according to a study published today in the journal Proceedings of the National Academy of Sciences.

The research, carried out by the University of Cambridge in the United Kingdom, considers that these mechanisms contribute to the good performance that the Sherpas have to deal with such extreme altitudes.

To find out what these adaptation mechanisms are, the scientists analyzed two groups that gradually ascended to the Everest Base Camp, located at 5,300 meters above sea level.

Precisely, the study is part of the Xtreme Everest project, which aims to understand the body’s responses to extreme altitudes such as the highest mountain in the world, which reaches 8,848 meters.

One of the groups was composed of researchers working in the Base Camp laboratory and the other by 15 Sherpas.

Of all of them, the scientists took samples of the blood and the muscles, for then to be able to compare.

In sherpa samples, the researchers found that mitochondria, the elements of energy-producing cells, were more efficient even at the beginning of the research.

One of the key differences was in the levels of phosphocreatine, a molecule that acts as a reserve of energy.

After two months at the height, phosphocreatine levels fell in the lowland population, while the Sherpas increased.

In general, the measurements taken by the researchers at the base did not change with altitude, which suggests to them that the differences are innate.

In the first group, the results tended to change after a while, suggesting that these bodies were acclimatizing.

“Our results suggest a metabolic basis in sherpa adaptation, which can allow this population to survive and perform at a high altitude.

These adaptations can also underpin the superior performance of elite Sherpa mountaineers at extreme altitudes, “the researchers said in the study.

That is why, for researchers, even if people from low zones spend time at a high altitude and their bodies adapt, they will not be able to match the efficiency that the Sherpas have achieved as an evolutionary adaptation.

The results of the study, according to the researchers, may help the scientific community to develop new ways to treat hypoxia, as it is called lack of oxygen in the tissues.