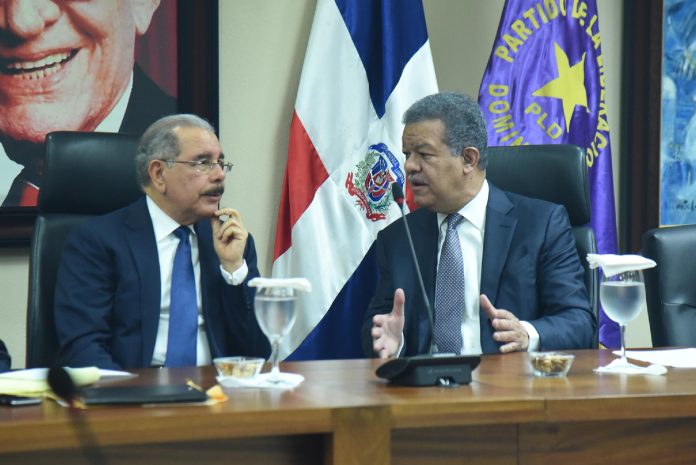 The former presidents Leonel Fernández and Danilo Medina would have met in the middle of this month of November, without any further disclosure, although sources close to the manager and host of the meeting between the two dignitaries confirmed the meeting.

The revelation about this meeting between Danilo Medina and Leonel Fernández was made by the journalist Vianelo Perdomo, who also referred to the supposed interest of some merchants, businessmen, and industrialists close to both ex-governors “who want to iron out the rough edges that could still persist between the two political leaders and former party comrades.

“I have always told them that political leaders are adversaries, not enemies. Therefore we should not be surprised because Leonel Fernández and Danilo Medina become friends again. That can happen, or could be happening, ”Vianelo Perdomo said during his usual participation in the DesahógateRD program, which is broadcast on Zol 106.5 FM, from RCCMedia.

Hence his revelation that the director of a decentralized State entity communicated with Dr. Leonel Fernández and Danilo Medina, inviting them both to his residence, where the three engaged in an exchange of impressions described as “very entertaining and interesting.” ” by the source that would have supplied the information to the veteran journalist.

Vianelo Perdomo referred to this issue again in the Contraparte program that, together with his colleague Mario Lara, leads on Hilando TV.

“Is something cooking between Danilo Medina and Leonel Fernández?” Mario Lara asked Vianelo Perdomo, to which the latter said he did not know, although he did confirm that he had the information that a meeting between the presidents of the parties had already taken place. People’s Force (FP) and Dominican Liberation (PLD).

“The incumbent of a decentralized State entity, with close ties between Leonel Fernández and Danilo Medina would have committed himself to businessmen, merchants and industrialists to make a reunion between these two leaders possible, for which he called both and invited them to meet . This first meeting has already taken place and, apparently, there will be a next meeting to coordinate the meeting that these businessmen want”, commented Vianelo Perdomo when referring to the subject.

Although the source that offered the information to Vianelo Perdomo about the meeting that Leonel Fernández and Danilo Medina would have held did not offer further details, he promised to expand his information and give other explanations of the meeting and reveal some elements of future conversations that would be taking place. .