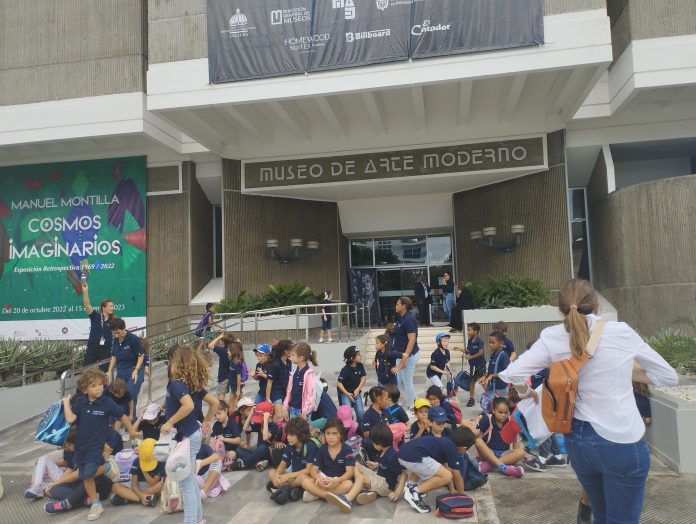 The General Directorate of Museums (DGM) communicated with joy the reopening of the Museum of the Dominican Man (MHD), after having been inactive and abandoned for several years.
The fitting out of the José Antonio Caro Álvarez Library (in honor of the first director and founder of the museum), as well as the temporary exhibition of “Cemíes, duhos and aboriginal rituals” have proven to be a complete success, since the public has responded energetically to the the refreshing proposal. The Museum of the Dominican Man, located in the Plaza de la Cultura Juan Pablo Duarte, has been remodeled as part of the process of rehabilitation of cultural buildings that takes place in this historic site in the heart of Santo Domingo.
Likewise, the director of the DGM, Carlos Andújar, expressed his satisfaction at once again seeing the Plaza de la Cultura overflowing with children, youth and adults enjoying a healthy, cultural and educational environment.
“The Museum of Man has been receiving a constant flow of people, especially interested students and tourists.” The visits to the museums have impacted the dynamics of the Plaza de la Cultura and a greater integration of young people has developed, thus demonstrating that both the Museum of the Dominican Man, the Museum of History and Geography, the Museum of Natural History and the Museum of Modern Art, are necessary for the diversification of the cultural offer, which is key in the preservation and promotion of cultural heritage.
This fills us with satisfaction, since the people have responded to the effort made by the DGM, the Ministry of Culture and the unconditional support of the current President of the Republic, Luis Abinader. He visualized the true importance of these spaces and even provided special funds, both for the Museum of Dominican Man and for the Museum of History and Geography, in order for them to be open again and at the service of all, at their usual hours. from 9:00 in the morning to 5:00 in the afternoon, from Tuesday to Sunday.