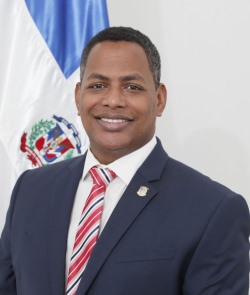 The deputy of the Santo Domingo province, Bolívar Valera, of the Dominican Liberation Party, announced the deposit of a legislative resolution that seeks to repeal the recent resolution No. 007/2022 of the Ministry of the Interior and Police and the National Police, which prohibits the sale of alcoholic beverages in the province.

The legislator denounced that both the minister Jesús-Chu-Vázquez and the director of the Police, Alberto Then, continue to improvise with the citizen security of the province with the announcement of resolution No. 007/2022. The deputy recalled that said resolution restricts the sale and sale of alcoholic beverages in all commercial establishments from Monday to Sunday from twelve in the morning (12:00 am.) to eight in the morning. (8:00 a.m.), in the municipalities of Santo Domingo Este, Santo Domingo Oeste, Boca Chica, Los Alcarrizos, Pedro Brand, San Antonio de Guerra, and the municipal districts belonging to each of the previous municipalities, of the Santo Domingo province .

He assured that these provisions are contrary to the Constitution and Dominican laws, affecting the constitutional right to business freedom, freedom of recreation and association. He considered that the restrictions that may lead to the temporary or permanent closure of the establishment, as well as the cancellation of the corresponding licenses or permits, do not have the legal endorsement or the affected population. He affirmed that all the merchants and companies in the sector are unified in their opposition to said resolution and other announced measures.

“Our authorities cannot punish the legal merchant, who works honestly to support his family. We cannot let crime win over us and with this resolution both the Minister of the Interior and Police, as well as the director of the National Police, demonstrate their inefficiency in crime control. There is no real strategy to deal with the problem of citizen security,” said Deputy Bolívar Valera.

Likewise, he criticized that President Luis Abinader declared a National Emergency in the Santo Domingo province, without submitting it to the National Congress. “We live in a rule of law with a Constitution that must be respected. President Abinader cannot approve a State of Emergency without permission from Congress, it is unconstitutional and contrary to the feelings of the people”- assured the legislator.

The representative of the Santo Domingo province invited the authorities to hold a working group that includes businessmen, townspeople and merchants in the area. He estimated that only by working together on a strategy focused on real results can citizen security be guaranteed.

“As a legislator and representative of the Santo Domingo province, we will continue working hand in hand with our municipalities to have true citizen security that contributes to the business development of our citizens. We invite all the authorities to fulfill their obligations and give results to the needs of our people”, said the deputy Bolívar Valera.