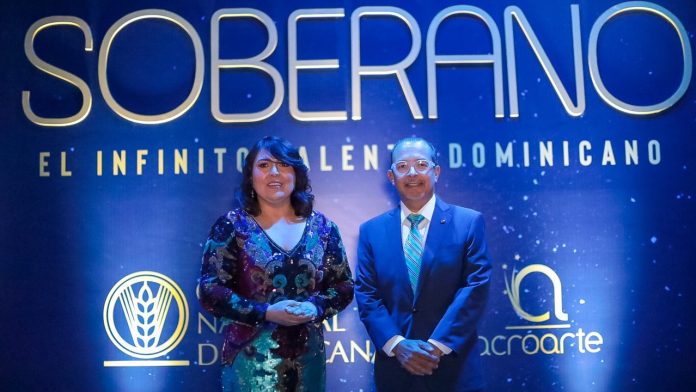 The Association of Art Chroniclers (Acroarte) and Cervecería Nacional Dominicana (CND) presented during the cocktail “Sovereign: the infinite Dominican talent” the novelties that will mark the evolution of the most important platform of local talent, praised by the people as a Heritage Cultural.

Among these novelties, it is important to mention the inclusion of various processes that reconfirm the participation of the public and greater support for the country’s emerging talents.

For this next edition we will present an innovative award, marked by the incorporation of technological tools that will allow us to be more connected with popular sentiment.

To renew this affinity with the audiences, Acroarte and CND will make important alliances with the main digital platforms such as Spotify, YouTube and Facebook, so that during the evaluation process of nominees and winners they provide inputs and data that will be key, to visualize the acceptance and performance of artists in the digital spectrum.

This is how the public will now be able to support their favorites, from the popular categories, and for this, a digital platform will be implemented that will allow them to vote, as well as to know the details of the different stages of selection of nominees and winners and the juries that They will be participating in the voting.

Meanwhile, the new selection process also includes the participation of experts with an outstanding track record who come to offer their support during the nominee evaluation process.

Regarding the evolution of the award, Emelyn Baldera, president of Acroarte, highlights that “the eyes of the world are on the talent of the Dominican Republic. The institution’s desire is for our artists to fly higher and higher, for our culture to be increasingly known and valued, and for our awards to serve as a platform to accompany them on this exciting journey.”

The organizers also announced the massive opening of the nomination process, which will allow all artists to be aware of the times and steps to submit their profiles in order to be evaluated, which guarantees more openness to new talents. .

For its part, Cervecería affirmed that, through renewal and adaptation to the times and trends, always paying attention to the requests of the Dominicans, they will continue to promote the national culture, which is rich in artistic expressions that are a source of pride.

“A new cycle opens before us, a stage that will surely bring us many satisfactions and unforgettable moments. For Cervecería, Dominican talent is infinite, and it is made up of dreamers who dare to create art and renew the identity of Dominicans. We are committed to this evolution and to Premios Soberano continuing to be that platform that supports, recognizes and protects them. We invite you to dream big with us and toast what we have harvested and what is to come”, said Luis Álvarez, executive vice president of Cervecería Nacional Dominicana.

These transformations are just the first to be announced. On the way to the big day, more news will be revealed that will reinforce the renewal and evolution of Premios Soberano.

The cocktail “Soberano: the infinite Dominican talent” served as the setting for a heartfelt tribute to prominent figures and iconic entities whose success stories are tied to Soberano Awards: Adalgisa Pantaleon, for her 50 years in art, to three Great Sovereign: Cuquín Victoria, Pochy Familia, Juan Luis Guerra and 440, as well as an important figure for Acroarte, Carlos Cepeda Suriel, ideologue of the award, as well as CERTV Channel 4, for being the first channel to broadcast the award, which is celebrated on this date 70 years of history in the air.

Figures such as Juliana O’Neal, Niní Cáffaro, Jatnna Tavárez, Euri Cabral, Maridalia Hernández and Irving Alberti were responsible for delivering these awards for the career of these important figures, offering words full of sentiment to their colleagues with whom they have walked hand in hand. throughout their successful careers and who marked them with their example of discipline and abundant creativity.

Diego Jarr also presented an inspiring performance, demonstrating all the talent that this promising interpreter has to close the night to the rhythm of DJ Felito Music.

The start of the 2023 Premio Soberano season served as a well-deserved musical tribute to Juan Luis Guerra y 440, the first group to win the statuette as Revelation of the Year in 1986, who is also the only artist to have received the Gran Soberano in three occasions. With the voices of Génesis, Pirou, La Marimba, Loraine, Christian Alexis and Adalgisa Pantaleon, the most popular songs by the famous Dominican singer-songwriter came to life, which was undoubtedly the highlight of the night