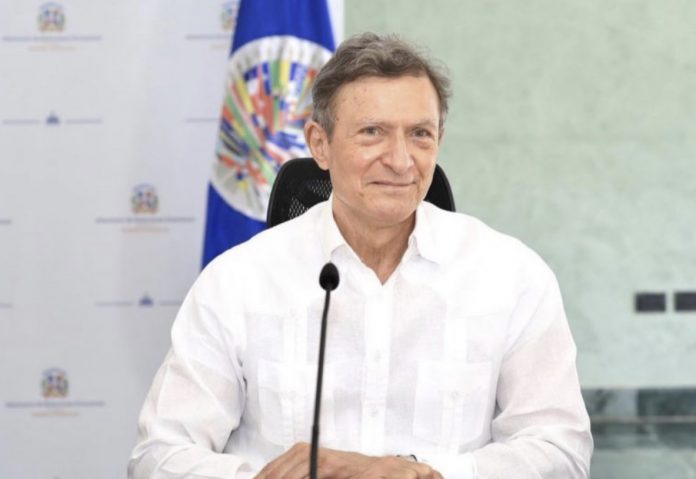 Foreign Minister Roberto Álvarez will head the delegation from the Dominican Republic that will participate in the 52nd General Assembly of the Organization of American States (OAS), to be held from January 5 to 7 in the city of Lima, Peru, with the motto “Together against inequality and discrimination.

The issues that the Minister of Foreign Affairs, on behalf of President Luis Abinader, will bring to this conclave are related to the situation in Haiti, and other points related to freedom of expression and journalism, as well as open and transparent digital government.

Among other topics of debate that will be addressed are: the strengthening of democracy, the rights of people with disabilities and older adults, the Inter-American Cadastre Network led by the Dominican Judiciary, the protection of the environment and the legal implications on the territorial sovereignty caused by rising sea levels due to warming oceans.

On the sidelines of the OAS General Assembly, the foreign minister has several bilateral meetings on the agenda with some counterparts in the region and a meeting of foreign ministers of the member countries of the Central American Integration System (SICA), an organization in which the country holds the Pro Tempore Presidency.