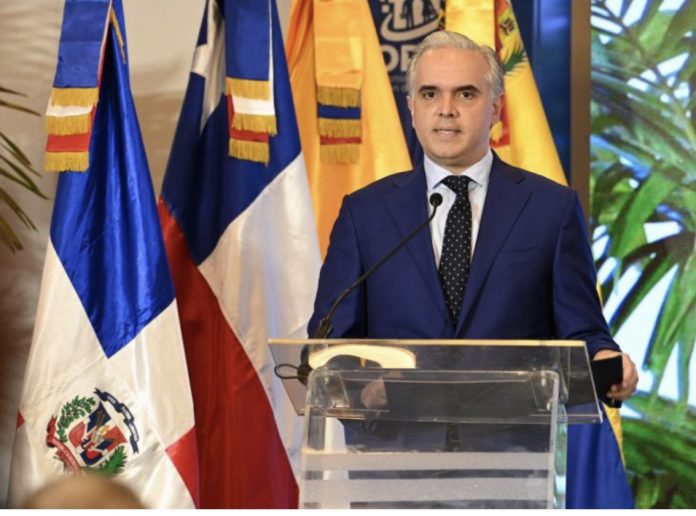 The Minister of Labor Luis Miguel De Camps urged this Wednesday to develop the necessary work to improve attention to occupational risks, emphasizing the psychosocial health of workers.

During his participation in the opening of the VI International Congress on Occupational Risk Prevention, De Camps said that within the world of risks, the increase in demands and requirements of companies with their workers in terms of productivity has been more than evident .

“Although we have suffered a serious pandemic throughout the world, it is fair to recognize that in the reality of a globalized world where companies have to compete, not only nationally but internationally, this has led to these companies having to require more of their resources. workers,” the minister pointed out.
He indicated that when more is required of the workers, they suffer pressure, “which perhaps were not so evident before, but the additional effects of the same and the effects of technology that have also affected the psychosocial health not only of the workers but of citizenship”.

The Minister of Labor stressed that, together with IDOPPRIL, ties have been strengthened where the Government intends not only to strengthen training programs, but also to aggressively territorialize them.

Finally, De Camps argued that the work of the Ministries of Labor is that the actions they undertake should ideally be accompanied by a conversation within the social dialogue between workers and employers.

At the VI International Congress on Occupational Risk Prevention, which brings together speakers from the United States, Colombia, Mexico, Venezuela, Chile, Puerto Rico, Argentina and the Dominican Republic as the host country, topics such as: “Job insecurity, vulnerable worker and the future of decent work”, “Health and safety at work, the new ILO fundamental right”, “Risks and prevention of occupational cancer: an agenda that cannot be postponed”, among others.

The International Congress will be held on September 28 and 29 at the Crown Plaza Hotel in Santo Domingo.