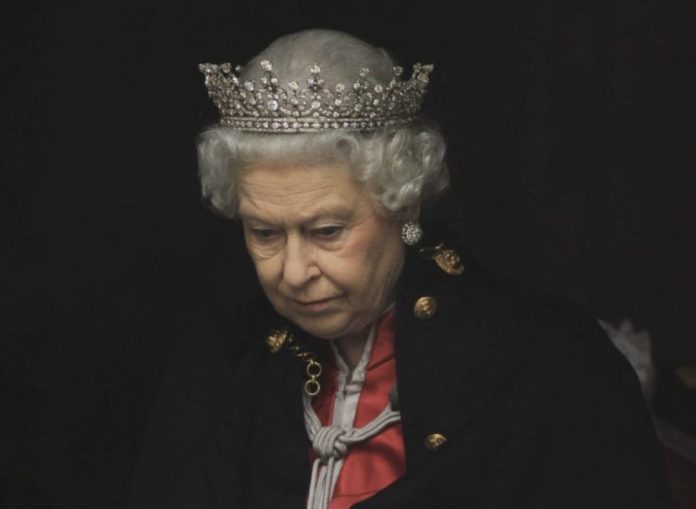 Thousands of miles from Buckingham Palace, the flag flies at half-staff at the White House and the Empire State Building in New York has been lit up to pay tribute to Queen Elizabeth II, whose death represents, for some Americans, the “end of ‘A time’.

Elizabeth II was “kind of a mother figure” to England, says Drew, 26, in Bethesda, near Washington. “For many people, she is the only queen they have ever known,” he added quietly.

Drew has a “positive image” of the sovereign: “she looked favorably on her public appearances related to charity, but I know there are negative aspects to the monarchy.”

In New York, in the famous Times Square, José Reyes, a 37-year-old bank employee, speaks of the “end of an era”.

Nearby, the Empire State Building was lit up at dusk, turning purple, a symbol of royalty, and silver, in honor of the 70th anniversary of the Queen’s reign, celebrated last June.

Elizabeth II climbed to the top of that building in 1957, when it was the tallest in the world.

Flags fly at half-staff at the White House and on Capitol Hill, and across the country, President Joe Biden has ordered that they not be flown on public buildings, embassies, military bases and warships, until sunset, on the day of the funeral of elizabeth ii.

At the United States National Cathedral in Northwest Washington, the bell tolled 96 times.

Employees of the New York Stock Exchange observed a minute of silence on Thursday afternoon, while the presenters of the CNN television channel watched in deep mourning.

But many Americans are unaware of the history of the queen, who was crowned on June 2, 1953 and who became the head of state of 32 kingdoms, a number that has been reduced to 14 today, including the United Kingdom of Great Britain and North Ireland.

They remember her above all for her recent anger with her grandson Enrique and her wife Meghan, or her reaction after the death of Princess Diana in 1997, at whose funeral she appeared distant and tarnished the image of her abroad.

“I really don’t know much about her. It’s very sad that she died,” said Lauren, 38, in suburban Washington, as she waited for her children at the bus stop.
“She always seemed happy, but I don’t know if she really was,” she added, referring to her family, which “was separated from her.”

In 2020, Enrique left the monarchy and moved to California with Meghan, in what the press announced as “Megxit”, compared to Brexit.

From there they accused the royal family of being unsupportive and racist, leading the queen to have to manage an institutional crisis shortly before in October 2021, at the age of 95, her health began to weaken.