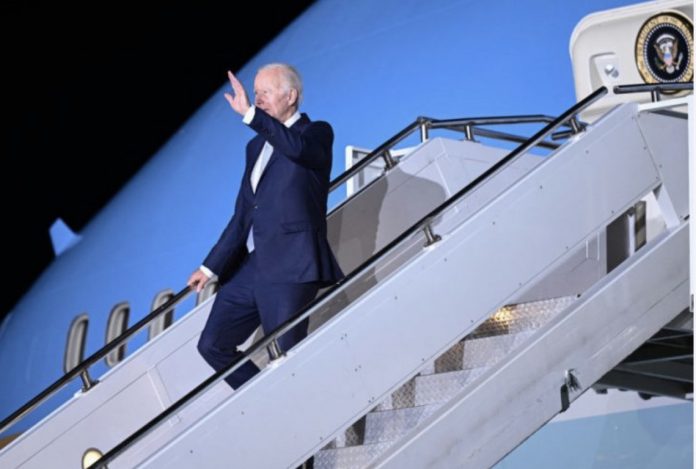 US President Joe Biden arrived in Germany this Saturday, where he will participate in the G7 summit with key allies of his country to discuss his united front against Russia and the problems of the world economy.

Biden flew by plane from Washington to Munich (southern Germany) and then traveled in the Marine One helicopter to the summit venue, at Elmau castle. His first bilateral during his three-day stay will be on Sunday with German Chancellor Olaf Scholz.

The US president will participate next week in a NATO summit in Madrid.

Both in the G7 and in NATO, “you will see clearly how the president’s intention, from the beginning, to revitalize our alliances and our associations allowed us to be present” so that “Russia is accountable” for its invasion of Ukraine, he promised. Kirby.

Joe Biden also wants, according to Kirby, to show his allies that dealing with Russia and China are complementary and not opposing goals.

Washington has set three main objectives for the G7: to further increase pressure on Russia, to make concrete proposals to respond to soaring energy and food prices, and to launch an association on the infrastructure of developing countries.