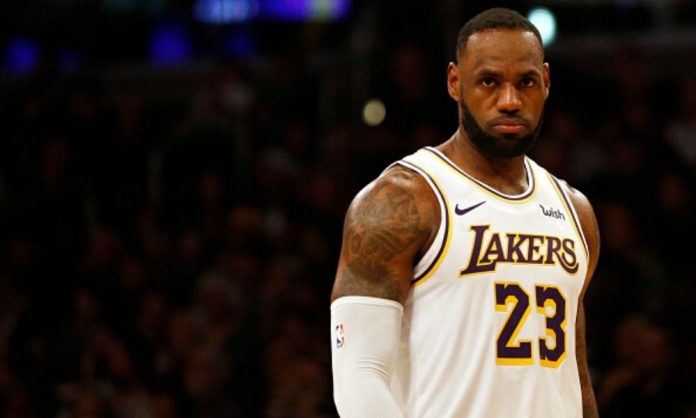 Los Angeles Lakers player LeBron James showed his frustration and his anger with the NBA after a false positive for coronavirus forced him to miss his team’s victory against the Sacramento Kings by 117-92.

James returned in Friday’s loss (119-115) to the Los Angeles Clippers having complied with the NBA’s Covid-19 protocols after further testing confirmed that he was not a positive case.

The four-time MVP and NBA champion, however, was frustrated by the process that cost him a game and caused “major inconvenience”, having recorded a positive test before Tuesday’s game in Sacramento.

“Quite confused, frustrated, angry that he couldn’t do anything,” James said at the post-game press conference. LeBron, 36, explained that his discomfort was due to immediate isolation rather than being able to perform an additional test to confirm his condition.

“Usually when you have a positive test, they look at it right away to make sure,” James said. “There was no follow-up test after my positive test. It went straight into isolation and they put you on a protocol. That was the part that pissed me off,” he admitted.

“I had to find a way to get back from Sacramento on my own, with no security, with no one. I had to put my kids in isolation for the time being. The people in my house in isolation. It was a huge inconvenience. That was the part of the story. anger, “said the Lakers player.

James added that he always knew that he was not positive for Covid-19, that he had no symptoms, further fueling his frustration in the process. “I knew they were going to ‘liberate’ me,” he said. “I never felt bad at all. I know you can be asymptomatic, but if what I had was a positive Covid test, what are we doing? What are we talking about?”

“I thought this whole thing was handled very badly. Being able to get the go-ahead was a breath of fresh air for me, my family and my friends,” said LeBron James, who has not been able to play four consecutive games this season due to a variety of problems including ankle and abdominal injuries along with a suspension and his false positive test.

The Lakers forward, who returned with 23 points, 11 rebounds and six assists against the Clippers, has played 11 games this season, averaging 25.8 points, 5.2 rebounds and 6.8 assists. The Lakers are 12-12 after Friday’s loss.