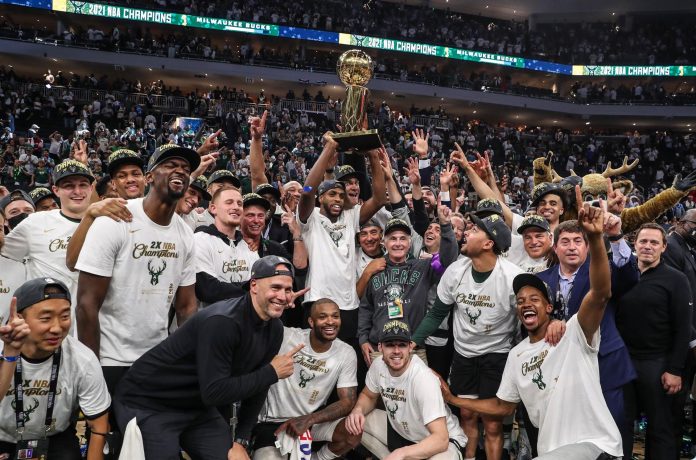 Without a doubt, the 50 points of Antetokounmpo, the best player of the game and of the final series, were worth to put an end to those 50 years of waiting in Milwaukee. The Greek ‘4’ put the team behind their backs to score almost half of the Bucks’ points.

Although Chris Paul’s Phoenix Suns began dominating these Finals taking the first two victories, the Bucks were unleashed after those two setbacks and, led by the ‘MVP’ Giannis Antetokounmpo, they have turned the situation around with four victories consecutive that have taken them to the top; to conquer his second NBA.

Half a century later, since the first NBA in its history was won in 1971, the Bucks once again reign in the best basketball league in the world. And the deer of him (‘Buck’) alpha has been a Giannis Antetokounmpo who, in this final duel, went to 50 points, his personal record in a ‘Playoff’.

The Greek has been key, and the key, of these Finals. Just as the series began decanted towards the sunlight of Phoenix, in this last duel Monty Williams’ men began dominating at halftime (47-42) but the Bucks reacted in time to turn the game around and put an end to this hard-fought NBA .

The Bucks, who repeated the meager ‘roster’ of the fifth game, went to more and did not miss the points that did not come from the bench, since only Portis scored 16 points, while the center Brook Lopez stayed at 10 points and only guard Khris Middleton, with 17, better accompanied Giannis’ 50 so that the Bucks have their power rings and succeed the Los Angeles Lakers in the NBA’s record.