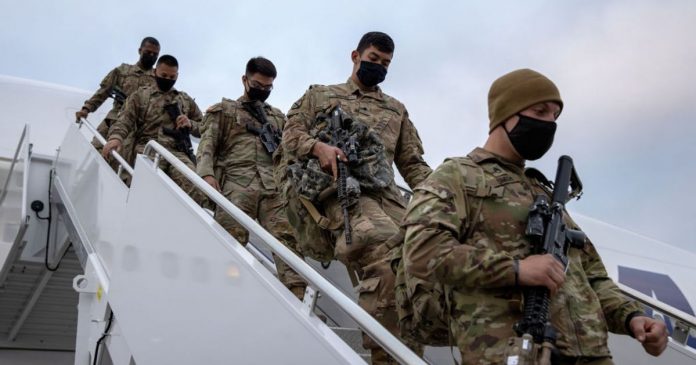 The head of the White House, Joe Biden, announced this Thursday that the presence of US troops in Afghanistan will end on August 31, more than a week before the initial scheduled date, September 11, when it would be twenty years of the attack on the Twin Towers, which led to what is now the longest war in the United States.

“We did not go to Afghanistan to build a nation,” recognized President Biden, but, he has enumerated, to end the terrorists who attacked the heart of the United States that September 11, execute Osama bin Laden and end the threat that Al Qaeda is supposed to be for American security.

“The ‘status quo’ was not an option. Staying would have meant that American troops suffered casualties. American men and women in the middle of a civil war,” said Biden, who leaves “the responsibility” to direct his own destiny to the ” Afghan people “, as it is their” right “.

This week, the Pentagon already announced that the withdrawal had been 90 percent complete, with the delivery of up to seven facilities to the Afghan security forces, which in recent weeks is facing an advance by the Taliban, who are they have taken over large regions, especially in the north.

Although the White House has assured that it will leave Afghanistan, they have already clarified on several occasions that they will maintain at least one endowment to protect their Embassy and that they will continue to provide their support to the Government of Kabul, both in terms of security, economic and humanitarian matters, as well as well as the countries of the region, with whom they are talking about how to continue with this collaboration.

Last week the last American soldiers left Bagram Air Base, the main center of operations of the United States in Afghanistan, thus effectively ending their presence in that country for the past two decades, in a conflict that has cost the the lives of thousands of people, including the military, civilians, journalists and humanitarian workers.

With this withdrawal, in recent weeks Afghan personnel working for US troops, either as translators or in other roles, have rushed out of the country for fear of reprisals if the Taliban take over. with power.

In relation to this, Biden has promised that throughout this month, flights will be chartered for all these people and their families both to travel to the United States and to third countries. “There is a home for you here, if you wish. And we will be with you, just as you were with us,” she emphasized.

At the moment, the State Department has estimated at about 18,000 Afghans who would have shown interest in being eligible for the special visa program, of which half have already completed the necessary procedures, reports the newspaper ‘USA Today’.