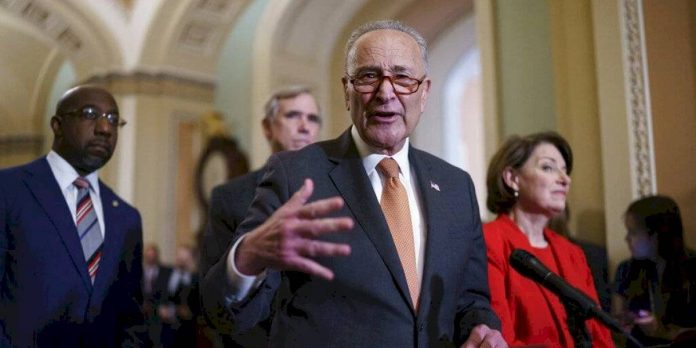 Republicans in the Senate on Tuesday blocked the draft reform of the electoral law, one of the priority proposals of the Party of the president of the United States, Joe Biden.

The text, which was already approved in March in the Democratic-dominated House of Representatives, contemplates a series of reforms to the current law such as the creation of independent commissions to avoid interference by parties, an increase in budgets to combat interference. during the campaigns, a voter registration, or the obligation of the states to offer the vote by mail at least fifteen days before the beginning of the early voting.

The bill has not advanced by a vote of 50-50 in the party line, below the necessary 60, according to Bloomberg.

The bill has gained special relevance for Democrats, after several state congresses, such as those of Arizona, Georgia, and Florida have been passing legislative reforms promoted by the Republican Party that restrict the right to vote and in some cases even facilitate that the elections be annulled.

Upon hearing the news, the US president has issued a statement in which he has attacked “the solid Republican wall” that prevents “debate or consider legislation to protect the right to vote and our democracy.”

“It was the abolition of a bill to end the suppression of voters and it is another attack on the right to vote that, sadly, is unprecedented,” he added.

Likewise, he has warned that “the fight is far from over” and that next week he will have more to say on this issue. “I have spent my entire career dedicated to this work, and we are going to redouble our efforts to win again for the people, for our own democracy,” he concluded.